Let us assume that the Trump-Kim summit will go ahead, Secretary of State-designate Mike Pompeo having prepared the ground. Let us also assume that reports are correct that President Trump wants a comprehensive ‘deal’ that enables him to announce that he has resolved a problem none of his predecessors could successfully address. What happens then?

Trump’s focus will be on a major ‘announceable’ that will present him as a consummate negotiator and, preferably, can be safely rendered in a tweet (or two). North Korea will give up (all or some of) its nuclear weapons and missiles in exchange for: a range of measures possibly including the relaxation of specified sanctions; diplomatic recognition; perhaps American force reductions; perhaps even a negative security assurance from Washington. North Korea may insist that matching and synchronous steps be taken by each side—which is its standard demand—but Trump will claim that he is confident both sides can deliver. And reports that he intends to achieve full de-nuclearisation by 2020 suggest that he is in a hurry.

Trump will need to explain that, whatever deal has been made, it equates to, or improves upon, the perennial United States (US) demand for “CVID”: complete, verifiable and irreversible de-nuclearisation. Even to get this far will be difficult, since North Korea will be required not only to abandon the claim now enshrined in its constitution to be a nuclear state but also be seen to be doing so. What will Pyongyang be expected to tell its own people about discarding ‘the treasured sword of justice’, obtained only after immense sacrifice?

What happens then? First Trump has to convince the US Congress to accept and fund the deal. It should be recalled that he was unable for a prolonged period to deliver on his plan to cripple Obamacare, despite this being an election pledge and the Republican Party commanding a majority in both houses. Congressional acceptance cannot be presumed, and its continuity certainly cannot be assured into the future when majorities in the chambers are likely to shift (perhaps even as soon as the mid-term elections). To be sure, he will then be able to blame the Congress if the deal stumbles on his watch, which may well be enough for him still to claim the transactional victory he seeks. In that event, North Korea will at least have bought precious time. Longer-term it will be a problem to be managed by others.

How can we be sure that North Korea will abide by all the conditions of a deal that has met at least interim approval in Washington? The simple answer is, we cannot. North Korean transparency cannot be guaranteed. The Clinton era “Agreed Framework”—a complex arrangement the product of prolonged and careful negotiation—was circumvented by alternative programs not declared at the time. Having agreed in the past to adhere to the transparency rules of the Nuclear Non-Proliferation Treaty, not only did North Korea unilaterally renounce its obligations but it is clear that technical assistance from the International Atomic Energy Agency (received as a Treaty member) was diverted to further its weapons program.

There have been multiple attempts since 1993 to institute inspection regimes in North Korea—it should be recalled for a relatively limited range of facilities—but the experience has not been happy. Now many more facilities are involved, and the scope for disputes is immense. North Korea is the world’s most closed society ruled by a military of one million (in a population of around 24 million) which is, in effect, an army of occupation in its own country. Invasive bands of foreign technicians will hardly be welcomed even if they have been officially invited, yet transparency arrangements of an unprecedented nature will be needed. How far Trump might even care to insist upon the latter is a moot point.

And if North Korea is found to be in breach, given the Iraq experience which countries (particularly in the UN Security Council) will cooperate to support punitive action? Even if partners can be found, how will sanctions be resumed and pressure applied?

These tasks will fall—as Kim knows well—to a post-Trump president and Congress, the performance of which cannot be predicted. Meanwhile the balance of power between Washington and Beijing will continue to shift, and the US in five years or so may be even less ready or capable to contest China’s regional hegemony. As President Xi Jinping reminded the global audience at the Beijing meeting with Kim Jong-un, China is and remains North Korea’s ultimate security guarantor. In the interim the Kim regime will have survived and may well have enjoyed the positive rewards of a relaxation of sanctions, or even new inward investment that might comprise part of or be prompted by the Trump deal.

There are reports that, on the occasion of their Beijing meeting, Xi Jinping provided Kim with a swag of luxury goods of the kind prohibited under the current regime of United Nations Security Council sanctions. Following Kim’s return home, there have also been some indications that North Korean labourers have returned to China following a period in which they had been repatriated and excluded. If a single meeting can reap such rewards, how much more might be expected during protracted negotiations. And Kim will be well aware that President Moon Jae-in is waiting in the wings, eager to match whatever blandishments the North may already have received from others, in order for him to facilitate the impending inter-Korean summit. It should be recalled that this strategy was employed in the past by two of South Korea’s former presidents. In Seoul, Moon’s predecessor has been sentenced to an extraordinary 24 year gaol sentence on corruption charges, which is a clear indication that the partisanship that has repeatedly disfigured Korean democracy has grown even more intense. Moon may be tempted to risk concessions to Kim that would function to entrench his electoral base of support. 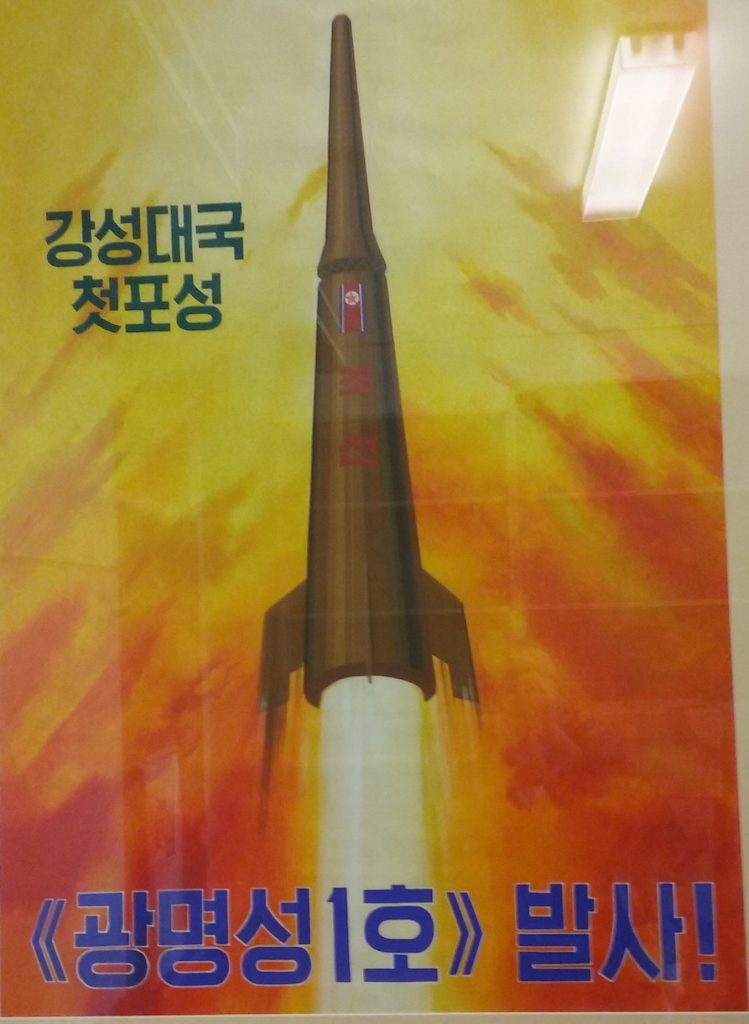 In short, Trump is the wrong figure to produce a lasting resolution to the North Korean nuclear problem. If he had the patience he would be better advised to work first with China, given that its regional interests are paramount. After all, Xi Jinping surely knows that Kim’s mobile missile systems might also threaten China. In choosing this time, however, to conduct a trade war with Beijing Trump has cruelled his chances of such a bilateral strategy. The current trade war plays to the argument in Beijing that long-term US and Chinese interests are bound to be divergent. In light of the fact that China now accounts for perhaps 90 per cent of North Korea’s (diminishing) trade, without Beijing’s active cooperation the current regime of sanctions cannot be sustained or, if required in the future, re-imposed. Given the risks of a deal going wrong, a deal according to Trump’s preferred and rushed transactional style may not be an improvement on no deal at all.

How to Really Talk About Defending Australia

With a change of government likely in May 2019, will Australia reclaim a leadership role in global arms control efforts? The Australian Labor Party's National Conference will give some clues.

The US/China relationship -- arguably the most important in the world -- is on a downward spiral.  The authors of “Superpower Showdown” describe it as a “romance gone bad.”