Journalists from Australia and China have found themselves pawns in a series of tit-for-tat retaliations alongside increased trade restrictions and travel bans on visiting academics from both nations. Yet the atmosphere of distrust was not always the case.

George Ernest Morrison (1862-1920) and William Henry Donald (1875-1946) were two Australian journalists who, far from being seen as a threat, served as advisers to the leaders of China in the early twentieth century. Morrison, a medical doctor-turned-correspondent for The Times of London, was once dubbed the uncrowned king of China by Banjo Paterson. Donald was a career China journalist who, if his first biography is to be believed, singlehandedly shaped Chinese history. These are, of course, exaggerations, but even their true stories are a far cry from how Birtles and Smith were treated roughly a century later. The part they played as journalists was no less bound in how China related to the rest of the world than Birtles and Smith, but they were a great deal more trusted. 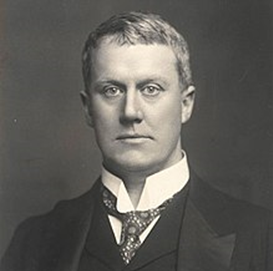 Morrison was born in Geelong where, at the age of 18, he began a career in writing about his adventures. He made a number of trips across Australia and led a failed expedition into Papua New Guinea. The trip that brought him recognition, however, was one through China along the Yangtse river to modern-day Myanmar. His account of the journey landed him a job as the Peking correspondent of The Times. There, he covered the international power plays during the height of Western imperialism in China. He was catapulted to fame during the Boxer Rebellion of 1900 when, with the international legations in Beijing cut off by Chinese forces, he was falsely reported dead. In reality, he had been seriously wounded, but survived to write the definitive account of the siege and read his embarrassingly flattering obituary in The Times. Morrison came to be known as the expert on China, capable of interpreting what was happening to the rest of the world.

Morrison’s status as The Times correspondent and his fame from the Boxer Rebellion gave him a reputation in Beijing, and he began to offer advice to Chinese officials willing to listen. As a result, when the anti-dynastic revolutionary movement in China began to pick up steam, Morrison had already begun to make connections with officials sympathetic to the cause. When the revolution broke out in October 1911, he boosted the image of the first president of the new China, Yuan Shikai, as he seized power. A grateful Yuan offered Morrison a job, not as a journalist but as his adviser, and Morrison formally entered Chinese politics. He hoped that this would give him influence and he dreamed of modernising China, but Morrison soon discovered that accepting a paid position meant that fewer people listened to him.

In reality, his position was a public relations move for Yuan. Morrison’s very presence in the government gave it an appearance of stability that helped Yuan secure loans and shore up China’s finances. Morrison reinforced this with his own public relations work, including interviews in his old newspaper, The Times. His reputation as an expert on China helped secure more investment as he preached a confidence in Yuan that he was privately beginning to doubt. Frustrated, he began to work behind the scenes. During the First World War, Morrison worked with a number of foreigners to convince the Chinese government to join the allies against Germany. The effort was successful, but probably owed more to another Australian: fellow journalist William Henry Donald. 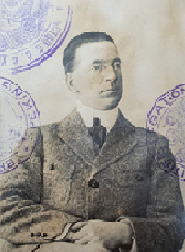 Donald was born in Lithgow and first went to China in 1903 as editor of the China Mail in Hong Kong. There, he fell in with the more radical southern revolutionaries as they led repeated uprisings against the Qing Dynasty. Donald was less politically active than Morrison in the lead-up to the revolution, but when the dynasty fell, he became the adviser of Sun Yat-sen, the revolutionary leader who had been agitating for the end of the dynasty since the 1890s. Sun tried to take power from Yuan but never had the resources of his opponent. Therefore, Morrison and Donald found themselves on opposite sides of the political struggle in the early Chinese Republic.

However, the rivalry between these two Australians did not last long. Donald quickly lost faith in Sun, and he and Morrison became friends and collaborators. When they joined a number of foreigners in convincing China to join the Allies in the First World War, Donald’s influence with the southerners proved decisive. In joining the allies, their hope was that China could recover the German concessions that Japan had seized and halt Japan’s territorial ambitions in China. The post-war treaty of Versailles foiled these attempts, transferring Germany’s China ports to Japan. Morrison died shortly afterwards, and Donald became a successor to Morrison, even briefly taking his old job with the Times.

Donald spent the interwar years working for a number of different Chinese warlords, but by the 1930s had become an adviser to Chiang Kai-shek, the leader of the Nationalist party and nominal ruler of China. He became very close with Chiang and his wife, taking lunch with them almost daily despite Chiang’s limited English and Donald’s limited Chinese, not to mention his steadfast refusal to eat Chinese food. When war broke out between Japan and China, Donald, like Morrison before him, rallied support for China in the Western media. He circulated letters about the war to friendly media and government sources, and there are many pro-Chinese stories that quote him, even if they don’t always acknowledge the source.

Morrison and Donald’s behind-the-scenes efforts, such as convincing China to join the First World War, show the influence that they had. However, these were a result of their own initiative rather than what the vague title of “adviser” would suggest. For the Chinese leaders that employed them, Morrison and Donald’s value lay in the image of China that they could project to the rest of the world. The relationship they had with the Chinese government shows the importance that Yuan and Chiang placed on good publicity in the West. If the treatment of Cheng, Smith, and Birtles is any indication, this is no longer a priority for China’s government.

Tom Gardner is a PhD student at the ANU School of History and the National Centre of Biography. They are studying the biography of Australian journalists in early twentieth-century China, with assistance from the State Library of New South Wales, where Tom is a visiting scholar.

With no sign of Hong Kong protestors letting up or the crisis being substantively resolved, the Australian Government and Parliament should each take three initial measures to stand up for democratic values, rule of law and human rights.

We Need to Separate Views of China From Ethnicity

Australia and Canada are Western middle-power democracies and US allies that struggle to manage relations with an increasingly assertive and powerful PRC. This is causing unnecessary hardship for Chinese Australians and Canadians.