President of the QLD Branch 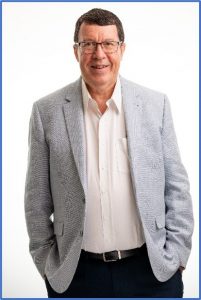 Paul Lucas is a non-executive director and consultant. A practising Solicitor, he is also a Nationally Accredited Mediator and qualified arbitrator. He is a qualified Urban Planner.

He is a Fellow of the Institute of Company Directors; and lectures in Governance in Master’s level courses; he consults to and advises Boards and CEO’s on dispute resolution and in the non-profit area on Constitutional, rules and disciplinary matters. He has been called on to Chair contentious meetings for organisations facing internal and external conflict.

He has held Board positions with and consulted to public and private sector transport and infrastructure related corporations including Airservices Australia, Powerlink (electricity transmission) and was Chair of the $5.4B Queensland Cross River Rail (tunnel PPP) Delivery Authority – Queensland’s largest ever infrastructure project. He is a Non-Executive Director of the Queensland electricity distribution company, Energy Queensland Ltd – with some $26 Billion in assets and a Director of the Central Highlands Development Corporation.  He is a member of the Advisory Board of Queensland privately owned airline Skytrans Pty Ltd.

Passionate about Indigenous matters, he is a Board member at the Institute for Urban Indigenous Health one of Australia’s largest Indigenous-controlled multi-disciplinary health services; and Kokatha Aboriginal Corporation a Native Tile Corporation – in remote South Australia covering areas including Olympic Dam and Woomera. In late 2020, he was appointed as an Independent Director of the PKKP Aboriginal Corporation in the Pilbara – whose Juukan Gorge caves were destroyed by Rio Tinto.

He is a Consultant with National Law Firm, Holding Redlich & a qualified urban planner.  He lectures at a postgraduate level (Uni of Qld) in Strategic Metropolitan and Transport & Infrastructure Planning. He also has a Cert IV in Workplace Training & Assessment. He conducts training in/for many parts of South-East and South-West Asia, Africa and the Pacific in his capacity as a Governance, Infrastructure and Public Policy Consultant principally for and on behalf of Australian Department of Foreign Affairs and Trade programs.  He is State President of the Australian Institute of International Affairs.

He was Deputy Premier for 4 years and a Minister in the Queensland State Government for 11 years. His Ministerial responsibilities included Infrastructure & Planning; Transport & Main Roads; Local Government; Energy; Health; and Attorney-General.

He was involved in many large transport infrastructure projects in South-East Queensland including: the Springfield Rail Line; Varsity Lakes Extension; Salisbury-Kuraby Duplication; Inner-Northern Busway; Northern Busway; Boggo Road Busway; Eastern Busway; Tugun Bypass; AirportLink; & Gateway Upgrade Project. He was also Minister responsible for the South-East Qld Regional Plan. He was responsible for managing the State’s relationship with the Federal Government and Local Government on many of these projects.