Further Sanctions Against Iran – Why Trump Feels He Can’t Lose 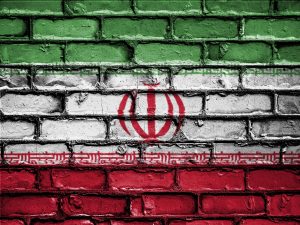 With the highest seat in the free world comes all the problems your predecessors were unable to resolve.

Rogue states or states that operate on the fringes of the US-led international order or covertly seek to undermine it remain an issue for each new US president.

For countries like Russia, North Korea and Iran, whose regimes stay largely unchallenged, new leadership in the US always provides an opportunity to test the waters and gain more from the international order without subduing to the will and conditions of the United States.

Under President Obama, Russia took advantage of an incoherent Middle East policy to gain a strong foothold in Syria which will endure for generations to come.[1]

Iran also benefited from the new Obama administration, with sanctions lifted in return for their dialling back their nuclear program.

The Trump administration has sought a different approach to Russia and Iran – at times seeking closer ties to Russia and contemplating new ways to punish and sanction a bold and influence-seeking Iran.[2]

For the US and its Sunni allies the concerns are justified – Iran enjoys a large territory of Shia influence that stretches from Iran through Iraq and Syria to its Lebanese proxy Hezbollah and to a lesser extent the Palestinian Hamas.[3]

This influence allows the uninterrupted supply of arms and funding to fuel Shia groups in the region whilst challenging regional adversaries Saudi Arabia and Israel through proxies Hamas, Hezbollah and the Houthis.[4]

Iran continued to carve out its influence while Obama worried about a state-level nuclear deal and then more recently the Gulf Cooperation Council turned its focus inward, cutting off diplomatic ties with Qatar.[5]

To contain this worrying expansion the Trump administration has announced new sanctions that would target the wing of the Iranian government that directly facilitates outside influence and reach – the Islamic Revolutionary Guard Corps (IRGC).[6]

Founded in the wake of the Iranian Revolution in 1979 and unlike the Iranian military which protects Iranian borders and maintain internal order, the IRGC protects the Islamic integrity of the state mainly by guarding against outside interference.[7]

Thus has the IRGC become stronger and more powerful than any other system or group within Iran, operating assertively with near autonomy in virtually every aspect of Iranian society, with substantial economical holdings and influence inside the country and without.[8]

The group acts as a facilitator of armed resistance in the region and has provided arms and training for militias directly opposed to the US presence in Iraq, and assisted in propping up the Syrian regime of Bashar al-Assad with proxy forces that include Hezbollah and Afghani armed groups.[9] [10] [11] The IRGC continues to use proxy forces to undermine the stability of Yemen through the sponsor of Houthi rebels, while continuing to support Hezbollah and Hamas in its state of open aggression against Israel.[12] [13]

The strength of the IRGC – essentially a government intelligence and military wing – has gone unchecked for too long. However, rare sanctions are generally reserved for frosty diplomatic lows – this level of alienation directed at Iran could compromise the Joint Comprehensive Plan of Action (JCPOA) nuclear deal that is a somewhat success and legacy from the Obama presidency and achieved with moderate (relatively speaking) Iranian president Hassan Rouhani.[14]

This could, however, be exactly what the Trump administration is looking for; Iran’s abandonment of the deal. Trump has been highly critical of JCPOA throughout his election campaign and presidency, believing that too much was given by the US for too little – only recently he reluctantly admitted Iran was complying with the deal whilst announcing the possibility of further sanctions.[15]

By provoking anti-American voices in the Iranian regime with further sanctions Trump may see an end to the nuclear deal he despises so much, whilst placing economic pressure on a powerful group within Iran.

However, the idea of having a second nuclear-armed state (North Korea continues its path to a nuclear intercontinental ballistic missile capable of reaching mainland USA) with hostile intentions to the US, and considering Iran’s capacity to undermine US operation in the region (Syria, Iraq and Afghanistan) Trump’s egotistical desire to roll back Obama’s legacy may have to take a backseat to statesmanship, diplomacy, and common sense.