Go back to Publications 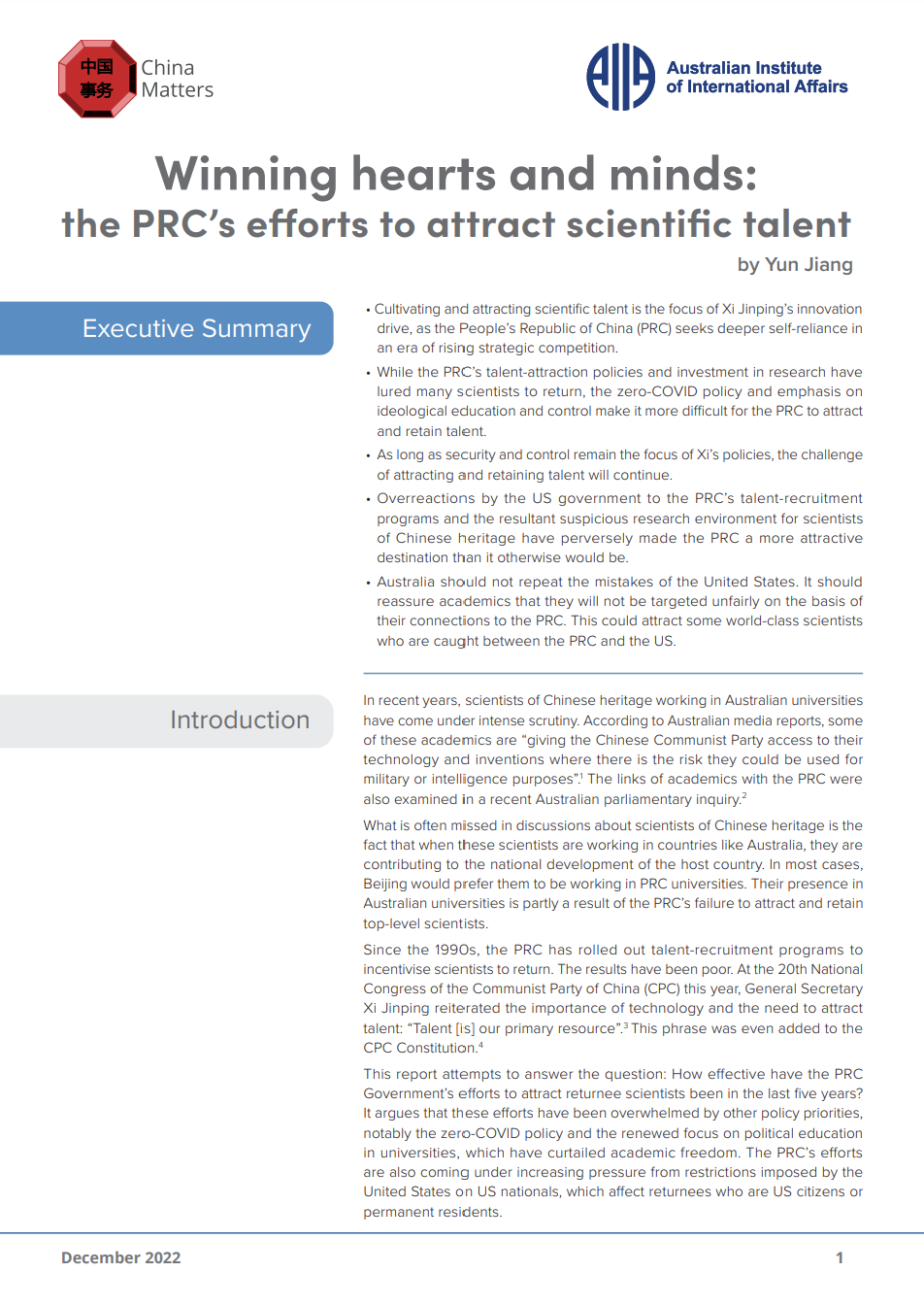 In her second policy research report, Ms Yun Jiang, AIIA China Matters Fellow, assesses efforts by the People’s Republic of China (PRC) to encourage the return of PRC-born scientists from abroad. Xi Jinping has made attracting returnee talent a priority to enable the PRC to achieve greater technological strength and self-reliance.

Yun Jiang argues that these sometimes controversial programs have not met their objectives. Many top scientists are reluctant to return because of domestic policies in the PRC. At the same time, scientists of Chinese heritage in the United States face greater scrutiny and suspicion. Australia has an opportunity to attract some of this top scientific talent caught between the two countries.