Dr Sarah Phillips, Associate Professor of Government and International Relations at Sydney University, addressed AIIA NSW on 3 September on the ongoing conflicts in Yemen. Drawing on her years as a student in Yemen, she spoke of the devastation caused by the confluence of regional, international and historic factors and the way these exacerbated existing divides.

The talk began with a look back at Yemen two decades ago. 1990 saw the unification of Yemen and the creation of its parliamentary democracy. This was a moment of high optimism. However, Saudi Arabia bitterly opposed Yemen’s adoption of a post-monarchical, pluralist political system, seeing this as an existential threat to its own monarchist hierarchy. 1990 was also the year that Saddam Hussein led Iraq in its invasion of Kuwait. Yemen was a rotating member of the Security Council and voted against a US military solution to the conflict, wanting an “Arab solution” – a decision famously described by the US ambassador as “the most expensive no vote you will ever cast”.

In this situation Saudi Arabia expelled hundreds of thousands of Yemeni workers from Saudi Arabia overnight. The already tenuous Yemen-Saudi relationship took a further downturn and the overnight arrival of the expelled workers burdened Yemen’s economy and removed an important source of income. International loans were offered, but with the requirement of widespread privatisation and a shift to cash crops for export such as citrus (which require a great deal more water and reduced the production of food for local consumption). Yemen was left turbulent – the unhappy first post-oil state in the Arabian Peninsula.

Fast forward some years, and the UN has referred to Yemen as the world’s worst humanitarian conflict. Countless domestic groups wrestle for power, using violence and political means. A Saudi blockade has left 22 million (of Yemen’s population of 29 million) in need of humanitarian assistance due to illness and hunger, and over a million infected with cholera. Dr Phillips explained that the description of a state as on the “brink of famine” is problematic, as a declaration of famine involves a political element. The Yemeni government does not want famine declared: this would substantiate Saudi claims that Yemen is a failed state. A declaration of famine would also be a boon for the Houthis as they angle for political superiority. The political dimensions of statistics such as casualty counts or declarations of famine should not be forgotten (especially during violent conflict).

When time came for questions, members wondered what could be done by the international community, since foreign interests had already caused such damage. Dr Phillips spoke of the importance of the ideological and geostrategic interests of the surrounding states, as well as the economic relationships that provide strength to some key players in the conflict. She explained that Yemen is geo-strategically important to Saudi Arabia, Iraq, and Iran. It is near major sea lines of communication and holds great potential for Saudi Arabian oil pipelines. Saudi Arabia remains a key US ally and recipient of arms imports from the US and (to a lesser degree) other Western states.

In response to other questions, Dr Phillips said that Yemen’s social policies remain conservative, for example in relation to women. Iran is the source of “ideological export” of Shia leadership, especially to the Houthi rebels. It also provides them with oil and money, but not significant quantities of arms. Within the complex spirals of Yemen’s internal alliances and enmities, Iran tends to support Shia-aligned factions against Saudi-oriented Sunni elements. The UN is unable to do much to stymie the blockade or violence while Saudi Arabia continues to bomb the ports that are essential for unloading aid supplies. Meanwhile, China wants to get its belt and road objectives around the south of Yemen but otherwise holds true to its long-stated respect for state sovereignty.

According to Dr Phillips, when it comes to conflict and state legitimacy, ambiguities matter. Monopoly over legitimate violence, or full control of a territory, might not be everything when it comes to statehood. In fact, in Yemen, ambiguity itself is a form of power. 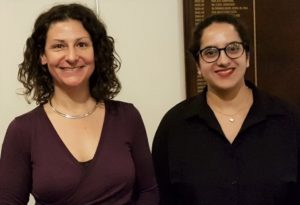