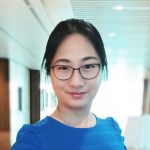 The Australian Institute of International Affairs (AIIA) and China Matters are delighted to announce that Ms Yun Jiang has been appointed as the inaugural AIIA China Matters Fellow.

Ms Jiang is the co-founder and former editor of the newsletter China Neican. She is currently a managing editor of the China Story blog. She has published and been cited widely on China-related topics, with a focus on Australia’s policies on the People’s Republic of China.

The AIIA China Matters Fellowship is an investment in the next generation of Australian China specialists. The Fellow, appointed for a two-year term, will publish well-researched and publicly accessible reports on developments in the PRC which are especially relevant to Australia. She will regularly publish opinion pieces in mainstream media and contribute in other ways to the public debate about the PRC and Australia-China relations.