On Tuesday 28th May the AIIA NSW welcomed James Griffiths to discuss his recently published book, The Great Firewall of China: How to build and control an alternative version of the internet. Mr Griffiths explained how China’s internal internet censorship regime functions and how China is championing increasing internet regulation globally.

The term ‘Great Firewall’, coined by critics of Chinese restrictions on free speech, refers generally to China’s interconnected systems of censorship. There are international and national dimensions to the Great Firewall. Internationally, the Great Firewall is composed of an actual internet firewall that blocks domains and IP addresses supplemented by more sophisticated measures, such as the introduction of deep packet inspection to scan for banned content and reroute and block sensitive data, and the development of capability to block VPNs. At the national level, a combination of artificial and human censors (employed mostly by private companies) polices the internet, filtering and removing sensitive content. The rules on what is permissible are left deliberately vague by the Chinese government and, as a result, businesses and individuals tend to take a conservative approach.

The Great Firewall is not infallible: ways of circumventing it have always existed. It is possible, for example, to access banned content about Tiananmen and Falun Gong and to use Twitter and Facebook from within China. However, this does not undermine the effectiveness of China’s censorship regime. The Great Firewall is highly successful in preventing social groups from organising and solidarity networks from forming. The risk of threats to the communist party’s monolithic authority or of the development of groups that could attract people’s loyalty away from the state is therefore minimised. Further reasons why the Great Firewall is viable are the availability of domestic alternatives to popular international online services (in part because of China’s large userbase) and the potential personal costs of accessing banned content, which have increased since Xi Jinping came to power. It is likely that this year the difficulty of bypassing the Great Firewall and repression by the authorities will increase due to the occurrence of multiple sensitive anniversaries, including Tiananmen.

Internationally, the Chinese government has been promoting the notion of ‘cyber sovereignty’. According to the Chinese communist party, just as countries police their borders it is legitimate for governments to also regulate online communications and content. Consequently, China has been active in advocating for internet regulation at the United Nations and also promotes efforts by other countries to restrict internet freedom. China exports the technology infrastructure required for online censorship, offers training sessions in China for foreign officials, and provides assistance on drafting implementing legislation using Chinese frameworks. Countries like Uganda and Russia are looking to China as a leader in this space, as China’s internet management system is the world’s most advanced.

The Great Firewall of China highlights the decline of the single free and open internet and China’s success to date in advancing its own model of what the internet should be. 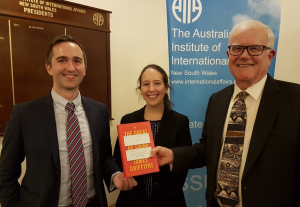