On Tuesday 20th August, AIIA NSW welcomed Sean Turnell, Special Economic Consultant to Myanmar’s State Counsellor, Daw Aung San Suu Kyi; Professor Turnell is also the director of the Myanmar Development Institute and a Professor at Macquarie University. He spoke about Myanmar’s economic challenges and the intensification of Sino-Burmese relations. Through his role in Myanmar, he is tasked with advising economic reformers on how to help the country achieve stability and growth after decades of political and economic turmoil. One of the largest challenges the country faces is in managing relations with its biggest neighbour, China.

Professor Turnell began by outlining Myanmar’s four main reform objectives: macroeconomic stabilisation, long-term growth and development, economics for democracy, and national economic sovereignty. Myanmar is still a primarily agricultural society; it missed out on the ‘Asian tiger’ phase of industrial development and is dependent on its extractive wealth in such areas as gas, teak, jade and farming. Among its capacity restraints are its relatively small population and the absence of economic data necessary to manage monetary policy. The multitude of reforms it needs to undertake includes floating the national currency, the kyat, minimising electricity tariffs, improving infrastructure, and attracting foreign investors.

The people have welcomed such reforms. But the military arm of the government continues to resist change. The constitution reserves a quarter of the seats in parliament for non-elected military candidates and gives the commander-in-chief powers to override the president. Following the end of the military dictatorship, many ex-military were found places in the public service, which is inhibiting the country’s opportunities to rebuild. The military will not easily eschew the power they have held on to for decades; the military budget remains completely separate from the national budget, and the civilian arm of government has no say on the military’s spending decisions. The government suffers from cronyism and collusion. After almost sixty years of military dictatorship, a monumental aim is to allow democracy to become entrenched in society and to allow greater civil freedom and political stability.

The international attention Myanmar receives has been far from positive. This results in part from a failure of the national government to interact and communicate effectively in the international arena, especially in the case of the Rohingya and Rakhine state, where human rights violations have been condemned by international actors such as the United Nations. Western countries have blamed Aung San Suu Kyi for her failure to recognise the plight of the Rohingya community. Professor Turnell acknowledged this shortcoming, but pointed out that the civilian government is unable to intervene in military actions, and the military still control the country’s borders: it may be misguided of the international community to see her as entirely accountable.

Myanmar continues to struggle to entice foreign enterprises and open up to the global economy, at a time when this is urgently needed. But China has been the exception. The major multinationals are not as present as had been hoped, and China has come ‘roaring back’ to fill the gap. As part of its global Belt and Road initiative, the PRC has built the China-Myanmar Economic Corridor, a highway and railway that begins in Kunming and extends to Yangon, reaching the Sea of Burma, as well as establishing several special economic zones for China in Burma. Alipay and WeChat, two of China’s largest mobile online payment platforms, are dominant in Myanmar. Professor Turnell labelled their presence as ‘monetary colonialism’: the money does not stay in Myanmar but flows to the PRC, because Myanmar’s banks do not yet have the necessary infrastructure to process these platforms. China’s presence in Myanmar, as in many countries, has produced mixed reactions; nonetheless, the ‘China Embrace’ is an appropriate descriptor of Sino-Burmese relations.

In answering questions, Professor Turnell acknowledged that it would take time for Myanmar to begin to reap the benefits of reform, though he believes the country has already experienced significant transformation. He saw little real prospect of the Rohingya being allowed to return to Burma, especially to areas where the existing populations live in great poverty. He predicted that Aung San Suu Kyi will win the elections due in November 2020. One of the most memorable queries of the night was whether he believed there was a possibility of the military seizing full control of the government again, which he did not rule out as impossible, though highly undesirable for the country’s progress. 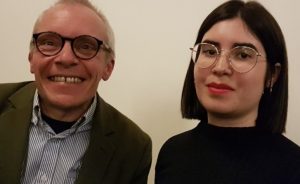