Alex Greenwich is an Independent politician and replaced Clover Moore in a 2012 by-election for the seat of Sydney in the New South Wales Legislative Assembly. On 14 July, he spoke at Glover Cottages about Sydney’s viability as an international city.

Alex referred to the Committee of Economic Development of Australia, whose June 2015 report Australia’s future workforce predicted the disappearance of five million jobs over the next 10 to 15 years as the result of technological advances – not just in manufacturing, agriculture and mining, but health and services. He asserted that future job opportunities lie in computerised technology and innovation, which can be set up anywhere in Australia or the world. The most densely populated city in Australia, Sydney’s future depends on attracting the entrepreneurs and workers to run new industries. Innovators want to live in well-designed houses, have access to affordable education and child care, recreation spaces, cycle paths, not get stuck in traffic jams, nor get their power from archaic, expensive or dirty sources. Alex is trying to help the City of Sydney meet the challenges. Innovations include retrofitting buildings for greater energy and water efficiency, storm water harvesting, tree planting, street light replacements with LEDs, and installation of a low carbon tri-generation plant at the Town Hall. But State and Federal governments are not on-side. Successive governments have entrenched the country’s reliance on coal. The Greenhouse Gas Reduction Scheme, one of the world’s first emissions trading schemes, was abolished, as was a feed-in tariff system that encouraged installation of solar panels. Power privatisation has inhibited innovation. There is no greenhouse gas reduction target, nor anything to stop expansion of coal-generated power. Households as far as two kilometres from proposed new wind farms can stop them. At the state level in New South Wales, the Roads Minister is downright aggressive towards bicycles – a healthy, efficient, sustainable and affordable form of transport. Affordable inner-city housing is a massive problem, made worse by state government policy to sell off inner-city social housing. This will eventually lead to only the rich being able to live in the city, with new city-based businesses unable to find a proximate workforce. Meanwhile, strata title laws which govern apartment living are complex and subject to corruption. Overcrowding and short-term letting impact negatively on Sydney being a globally competitive place to attend university, especially for international graduates and future leaders and business investors. Unless there is a turn-around, innovative investors will not find Sydney an inspiring or attractive place to live and do business. 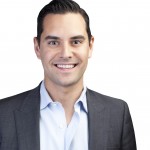 Alex concluded his address by saying these and other issues kept him awake at night. Australia in general, and new South Wales in particular, are not keeping up with the innovative ideas of Britain, New Zealand, Israel or South Korea, to name only four, in encouraging more sophisticated computer learning, nor in attracting innovative investors through start-up schemes. The Department of Immigration and Border Protection needs to stop protecting Australia’s borders from new ideas, and, like New Zealand, introduce an entrepreneurship visa that welcomes people who want to build innovative new business. The problem was urgent and needed fixing, or Sydney, and Australia, would be left behind.