On Tuesday 26 October 2021, the Australian Institute of International Affairs NSW welcomed Susan Park, Professor of Global Governance at the University of Sydney, to give an address on the effectiveness of international agreements in leading to climate change action.

Professor Park opened her address by detailing the historical trends in international environmentally-oriented agreements. There had been a peak between 1990 and 1994, coinciding with the establishment of the United Nations Framework Convention on Climate Change (UNFCCC). But there had been a significant decline in the number of agreements signed since 2004, which she attributed to agreements with lower commitments finding broader support, then later being “ratcheted up” via amendments.

In analysing the UNFCCC, Professor Park credited its role in initiating resource transfers from developed to developing nations. Although championing a “common but differentiated responsibility” to address climate change according to level of development, reliance on state sovereignty attracted vast variations in national commitments.

Speaking to the role of Intergovernmental Panel on Climate Change (IPCC), Professor Park said its work researching climate change – from how it occurs to the socio-economic impacts of events such as rising sea levels – has rendered the organ as “the ultimate international authority” on climate change.

Turning to the agreements stemming from international forums, Professor Park described the evolution in approaches. While Berlin in 1995 saw some states advocate “hard” locked-in parameters, eliciting reluctance from some states, Kyoto in 1997 saw binding targets locked in, though some states’ targets were not particularly ambitious. Professor Park further commented that the Kyoto Protocol narrowly avoided redundancy following George W Bush’s assertion that “the lifestyle of the American people cannot be compromised.” In this instance, diplomacy ensured the deal came into effect: the EU agreed to sponsor Russia’s entrance to the World Trade Organisation in exchange for ratification.

A key theme of Professor Park’s address was the contrast between protracted diplomatic outcomes and the accelerating impacts of climate change. She observed that the failure of Copenhagen in 2009 was partially derived from the BRICS’ lack of appetite for action given that industrialised economies were the largest contributors to the global carbon budget. The disappointing result in Copenhagen meant “Paris couldn’t fail.” It prompted the EU to engage in massive climate diplomacy efforts to ensure that keeping global warming below 1.5 degrees became a globally recognised goal. Professor Park also noted that the nationally-determined nature of states’ commitments under the Paris Agreement means there is still a big gap between pledged emissions cuts and what is necessary to avoid catastrophic climate change.

In concluding her address, Professor Park commented that the UNFCCC has forecast increased temperatures of 2.7 to 3.0 degrees; this would engender future weather events that “pass known experience.”

A substantial Q&A session followed. The first question related to the role of China as a potential leader on climate change. Professor Park discussed China’s previous emphasis on greater resource transfers from developed nations as evidence of China’s ongoing primary commitment to development, which limits the extent to which it will reduce emissions in the short term. However, she noted China’s recent commitments to restricting finance for foreign fossil fuel projects as an example of the important impact its program is nonetheless having. She observed that historically, when the US leads, the world follows, and it is not clear if China carries the same influence on climate change. But it is by no means a laggard.

Two questions regarding Australia were discussed by Professor Park. When asked about the influence of the mining industry over the major Australian political parties, she remarked that there is a need to shift the climate policy debate from focusing on the costs of change to realising the costs of not changing. Another question led her to highlight a contradictory position in Australia’s climate policies regarding relations with the Pacific. While Australia has a continued commitment to exporting and burning fossil fuels that frustrates many Pacific states, elements of the Pacific Step-up involve funding climate resilience and renewable energy projects.

There were also questions regarding the ambitions of COP26 and whether climate crimes should be within the remit of the International Criminal Court. On the former, Professor Park noted the conference’s preparation has been improved by the supportive approach of the Biden Administration in the US, leading her to hope for a meaningful ratcheting up of policies rather than reiterations of existing positions. On the latter, she predicted that states would not endorse such grounds for prosecution despite growth in forensic research capable of documenting the impacts of individual states. 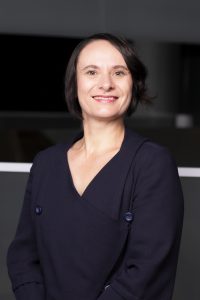