The NSW Executive and Council were elected at the AGM on March 15, 2022 and will be in their elected positions until the AGM later this year, tentatively planned for November 2022. 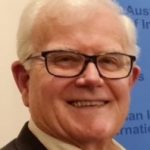 Ian was in the Department of Foreign Affairs from 1967 to 2000 with postings in Asia, the Pacific, Africa and Europe. Policy work in Canberra included South Asia, South East Asia, the Middle East, arms control, the United Nations, and intelligence policy. He was Consul-General in Noumea, Ambassador to Vietnam, Director of the Foreign Affairs office in Victoria and Deputy High Commissioner in New Zealand. He worked as a training consultant to a number of government departments in Canberra from 2000 to 2002. From 2002 to 2004 he was a member of the Refugee Review Tribunal in Sydney. He graduated with first-class honours in history and political science, with a major in psychology, from the University of Queensland and later obtained an M.Phil. in international relations at the London School of Economics. 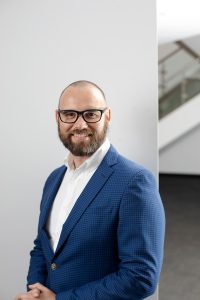 Thom Dixon is undertaking a PhD at Macquarie University looking at emerging technology and international security. He is an honorary research fellow with Remi AI, an artificial intelligence company based in Australia and the US. In 2018, he completed a Non-resident WSD-Handa Fellowship with the Pacific Forum on synthetic biology and Australian foreign policy. Thom is an Emerging Leader alumni of the 2017 EU-Australia Leadership Forum and he is the Manager, National Security and Defence  at Macquarie University. He regularly writes on issues that occur across research, innovation and international affairs. He is particularly interested in the convergence of engineering biology and artificial intelligence and the impact they will have on international relations. 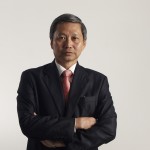 Michael  Lee is the CEO of Global Management Strategic Focus Pty Ltd.  The company specialises in business advice, acquisitions, divestments and business turnaround. He retired from the Australia Industry Group (AIG)  in 2022.  He is still a mentor to many young professionals. In 2019, he invested in a start up online Wellbeing company, Inner Origin Pty Ltd and was appointed personal coach & mentor to the CEO.

He joined the Zip Industries Group in 2001 as group finance director and was promoted to chief operating officer during the Global Financial Crisis (GFC) in 2008. He retired as CEO of the company in December 2014.

Michael owned an event management business between 1996 and 1999 which was sold to a US company prior to the Sydney Olympics. He spent 15 years in New Zealand and was the group accountant of the Fletcher Challenge Group, New Zealand’s largest company and was group financial controller and company secretary of Challenge Meats Pty Ltd – a subsidiary of Fletcher Challenge (1981 to 1988). Michael commenced his career in audit in 1977 and was audit supervisor at KPMG Wellington, New Zealand until he left in 1981. 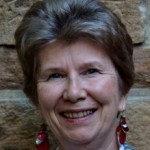 Jenny Sayle has been interested in foreign affairs ever since her first visit to France as an exchange student aged 16.  Her first serious job, on the Sunday Times in London, allowed her to combine her work and hobbies (travel and languages) and make long-lasting friends in many countries of the world. Jenny’s passion for languages has always kept her interested in international affairs and since leaving the UK she has lived in Hong Kong for a year and Japan for over 25 years.  This included much travel in Asia as she was deeply involved in international journalism with husband, Murray Sayle. It also meant learning a lot about Japanese culture to cope with everyday family life in a small Japanese village. She worked for the local education board from 1987 – 2004.

Since coming to Australia in 2004 she has kept up these interests and has been delighted to work for the AIIA NSW for the last ten years. Organising events each Tuesday is a wonderful way to keep in contact with what is happening in the world – and to help bring this knowledge to a wide audience in Sydney. 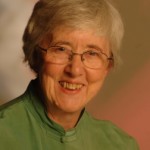 Jocelyn Chey is Visiting Professor at the University of Sydney and Adjunct Professor at Western Sydney University and UTS Sydney. She was previously a senior officer in the Australian Department of Foreign Affairs and Trade, her last posting being as Consul General to Hong Kong and Macau (1992-95).  She was one of the earliest students in Australia to take up Chinese language and culture. She combines interests in history and classical studies with contemporary politics, economics and culture and is co-author and co-editor of a groundbreaking multidisciplinary study of Chinese humour.  Jocelyn is patron of the Australian International School of Hong Kong, having chaired the committee that founded the school. She was awarded the Australia-China Council Medal for contributions to the development of relations between Australia and China in 2008. In 2009 she was honoured with being made a Member of the Order of Australia and, in the same year, a Fellow of the Australian Institute of International Affairs.  She has been a councillor of AIIA NSW for more than ten years. 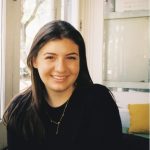 Isabel Freudenstein is a former intern and studying a Juris Doctor at the University of Sydney. Before this, Isabel graduated from the University of Sydney with a first-class honours in International Relations and a Bachelor of Arts/Advanced Studies in Politics and International Relations. Her thesis examined the changing nature of humanitarian intervention in a multipolar international system. Isabel writes for the university newspaper, Honi Soit, and formerly worked with REA Group in their communications and sustainability team. Her main areas of interest include norms of international behaviour, international organisations, gender and migration. 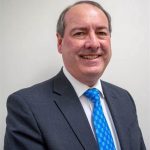 The Hon Dr Peter Hendy is a professional economist and is a company director. He is a Commissioner on the Commonwealth Grants Commission. He was formerly Chief Executive of the Australian Chamber of Commerce and Industry and has had a long career in both the private and public sectors, including the areas of defence, international trade, treasury, education and industrial relations.  In 2003 he was awarded a Centenary Medal for services to Australian society in business leadership. He has been Chief Economist in the Prime Minister’s Office and prior to that he was a Member of Parliament with roles as the Assistant Minister for Finance, Assistant Minister for Productivity and Assistant Cabinet Secretary in the Australian Government. He previously worked in the Middle East as an Executive Director of the Bahrain Economic Development Board. 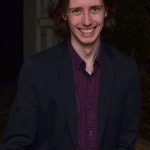 Alex McManis is a former intern at AIIA NSW and is an intern coordinator since 2020. He recently completed his Bachelor of Arts with First Class Honours in Government and International Relations at the University of Sydney. His honours thesis analysed the European Union’s behaviour at the 2015 U.N. climate negotiations in Paris. Alex has previously interned at Ports Australia, and was a pro-bono consultant for a Sydney start up. Alex is also a passionate debater. He has debated in the finals of the Australian Debating Championship and judged debating competitions across Australia, Asia and Europe. His research focuses on global environmental politics and the politics of the European Union.

Glen Robinson is a co-founder of Asean Focus Group, which was formed in 1990 to provide advice and assistance to those organisations which wished to take up a commercial presence in Asean.  It has been successful in actually being effective and has worked with a significant range of companies, as well as the Indonesian BKPM, Thai BOI, Malaysian MIDA and Myanmar MIC, and other investment agencies in relation to their inward investment policies and strategies.  Throughout this process, he has developed a deep network of colleagues in the region in both government and the private sectors.

He has been heavily involved in the bilateral business councils of Indonesia, Thailand, Malaysia, Vietnam, Myanmar, Philippines, Timor Leste and India.  Glen has a high level of interest in Australia’s position in the region, and is keen to see more involvement by Australian corporates at a higher level of commercial activity in the region. 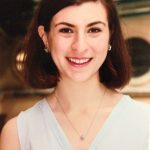 Vicki Sideris is a recent graduate with a Bachelor of Commerce (International Studies) at the University of New South Wales, where she majored in International Relations and International Business. She studied for one year at Georgetown University in Washington DC, where she also volunteered as a literacy tutor for the local DC Reads program. Vicki was awarded a New Colombo Plan Mobility Grant to intern at the Australian-Thai Chamber of Commerce in Bangkok. She has previously worked at Insurance Australia Group and interned at the Social Impact Hub. Currently, she is a compliance associate at Macquarie Group. Her main areas of interest include American and Japanese foreign policy and domestic politics, and wider Indo-Pacific trade and security issues. Vicki interned at the AIIA NSW before being elected to the council as an intern coordinator. 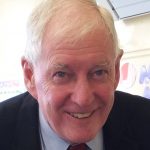 Chris Skinner served thirty years in the Royal Australian Navy in six warships that participated in the South East Asian Treaty Organisation, the Vietnam War and surveillance of the North-West Indian Ocean. Shore service included an extended period in the UK to complete an engineering degree and three periods in the USA, two of them with family including his elder son born in California. Chris has maintained a keen interest in international affairs and geo-strategic developments and has attended many AIIA events since joining three years ago. He is the Editor of the Australian Journal of Multidisciplinary Engineering, and of the Nuclear Propulsion Roadmap for Australia®. 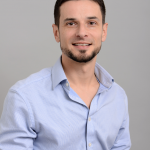 Jonathan Symons is Discipline Chair of Politics and International Relations in Macquarie University’s School of Social Sciences. Prior to joining Macquarie, Jon held teaching positions at Lingnan University, Hong Kong and at La Trobe University, Melbourne. He received his PhD from the School of Social and Political Sciences at the University of Melbourne in December 2007. Jon’s current research primarily focuses on global climate politics, including debates over solar geoengineering and carbon dioxide removal. His most recent book Ecomodernism: Technology, Politics and Climate Crisis (Polity, 2019) explores the argument for increased state investment in low-carbon innovation. Jon also works on processes of international norm change. His previous book Queer Wars: The New Global Polarization over Gay Rights (co-authored with Prof. Dennis Altman, Polity, 2016) explored the debate between those arguing that ‘LGBTQI rights are human rights’ and those who believe rights protections should not extend beyond the ‘traditional values of mankind’.

Chris Khatouki, previously a councillor, will be assisting the council until he leaves for Korea in June 2022.

Chris Khatouki is currently undertaking a PhD at the University of New South Wales. His research focuses upon political violence and economic development in North East Asia. He is also currently assisting the Programs and Research Division at Asia Society, Sydney.
Before beginning his PhD, Chris worked in South Korea for the Gyeongsangnam-do Office of Education. In 2018, he completed his International Relations Degree at the University of Wollongong, where he was awarded first class Honours and the University Medal for Academic Excellence.

AIIA NSW prefers that you contact us by email .