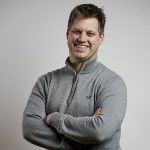 Michael Sheldrick is a Co-Founder and Chief Policy, Impact and Government Relations Officer at Global Citizen. Over the past decade, Global Citizen’s campaigns have led to over $35 billion distributed to anti-poverty efforts around the world.

Michael was one of the four Co-Founders who spearheaded the first major Global Citizen advocacy campaign – The End of Polio – in 2011 which raised $118 million with the support of John Legend and then Australian Prime Minister Julia Gillard. Most recently, Michael served as an Executive Producer of Vax Live, co-chaired by the Duke and Duchess of Sussex, Prince Harry and Meghan. The campaign focused on vaccine equity and acceptance, which resulted in 26 million vaccines committed for developing countries.

Michael has written on development issues in Forbes, the Guardian, Huffington Post, The Diplomatic Courier, The Diplomat Magazine, The South China Morning Post, The West Australian, and Fairfax Media. He has been interviewed by ABC, BBC, The New Yorker, Forbes Magazine, VICE Impact and Sky News among others. Michael’s efforts, and those of the team he leads, was profiled in National Geographic’s Activate series aired in 2019. He was named by the Secretary-General of the Commonwealth as a finalist for 2017 Young Commonwealth Person of the Year. He is also a board member for the Ban Ki-moon Centre for Global Citizens and the Advisory Board of Parliamentarians for the Global Goals. Michael holds degrees in law and political science from the University of Western Australia, and was 2013 Young Western Australian of the Year.