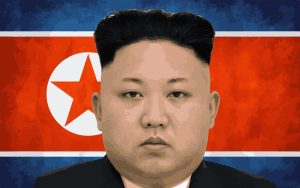 North Korea may have dazzled the world with diplomatic overtures and brightly dressed cheerleaders at the 2018 Pyeongchang Winter Olympics, but the US, keen not to lose the diplomatic initiative in its efforts to contain Pyongyang, has been striving to keep the international focus on the unique nuclear threat that the hermit kingdom poses to the Asia Pacific region.

Much effort has gone into examining the implications of these nuclear developments for the US-Japan-South Korea bloc — the primary antagonists in North Korea’s 70-year battle for international legitimacy and regime longevity. Much less attention has been afforded to how such developments stand to affect the national security of other regional powers, such as Australia, given its hostile relationship with Pyongyang and its longstanding security partnership with the US.

Perhaps the most salient question is whether or not Australia might be the target of a North Korean nuclear strike. This appears unlikely, though cannot be ruled out entirely.

Is Australia in the hermit kingdom’s firing line?

Recent analysis on North Korea’s nuclear doctrine by the European Council on Foreign Relations has shown no explicit North Korean statement of intent to strike Australian targets, though “US military bases in the operational theatres in the Pacific” have been identified by Pyongyang as potential counterforce targets.[3] This broad construct notionally includes the joint US-Australian military base in Darwin (Robertson Barracks), which Pyongyang has decried as a “front-line base for the US invasion of the DPRK”, subsequently characterising Australian support of the US as a ‘suicidal act’ and threatening Australia with ‘disaster’ should such cooperation continue.[4]

Despite such indictments, there is little reason to believe that Robertson Barracks, or indeed any Australian target, would figure in a North Korean nuclear strike plan. Geostrategically, North Korea is principally concerned with preventing a US-led military attack that could threaten the survival of the Kim regime. Robertson Barracks would be marginal to any such plans, for a number of reasons. Firstly, it hosts only a relatively small contingent of US soldiers – up to a maximum of 2500,[5] compared with the tens of thousands hosted at bases in Japan and South Korea. Moreover, US bases in Northeast Asia have a specific operational focus on North Korean regime change, making them a far bigger concern for military planners in Pyongyang. In the event that North Korea finds itself fighting for its survival against a US-led invasion, it’s unlikely that it would expend its limited supply[6] of nuclear-armed intercontinental ballistic missiles (ICBMs) on marginal military targets in Australia when more meaningful counterforce targets exist in South Korea, Japan, and elsewhere in Hawaii, Guam and the mainland US.

Whilst a direct nuclear strike on Australia in the context of a war on the Korean peninsula seems unlikely, Australia might still find itself subject to North Korean threats of nuclear harm. Specifically, Australia could come into a ‘triangular deterrence’ arrangement with the US in which North Korea uses the threat of nuclear strikes against Australian targets to deter US military adventurism in North Korea.[7] It’s assumed that the US would not be willing to pursue military intervention in North Korea if doing so risked the wellbeing of one of its most stalwart allies.

That North Korea could potentially ‘get away’ with nuking Australia and not the US would make the threat of doing so credible, unlike a strike on the US, which would amount to suicide. Indeed, Australia would make an appealing North Korean target for such limited nuclear strikes (‘limited’ in that the US would not find it of sufficient egregiousness to retaliate in-kind) given Australia’s low population density which – unlike the mainland US or US allies in Northeast Asia – would mean that it could theoretically absorb a nuclear strike, at least in some areas, with limited damage to populations and infrastructure.

China’s place in the nuclear equation

Despite such considerations, there are numerous reasons to doubt that North Korea would ever bring Australia in as a proxy in its nuclear deterrence strategy against the US. First, explicit nuclear threats against Australia would more than likely attract recriminations from one of North Korea’s last political and economic lifelines, China, who has a vested interest in political and military stability in Australia. A nuclear strike against Australia would risk China’s extensive economic interests in Australia and the large Chinese diaspora that resides in Australian cities. Credible threats of a strike could increase the potential for closer security cooperation between the US and Australia, which could ultimately also be directed toward containing China’s rise in the Asia Pacific.

Second, apart from the Australian alliance with the US and activism on expanding sanctions against Pyongyang, Australia doesn’t figure prominently in North Korean strategic calculations. For North Korea to open another front on its multi-front war for survival by threatening Australia would be a backward step in its attempt to normalise its regional security environment. And last, (rather ironically), threatening Australia with nuclear strikes would be against North Korean law. In 2013 the North Korean Supreme People’s Assembly introduced a law stating: “the DPRK shall neither use nukes against the non-nuclear states nor threaten them with those weapons unless they join a hostile nuclear weapons state in its invasion and attack on the DPRK.”[8] As a non-nuclear state, Australia should be exempt under North Korean law from nuclear threats. Though, of course, the elite in Pyongyang could easily fabricate an instance of Australia “join[ing] a hostile nuclear weapons state [i.e. the US] in its invasion and attack on the DPRK”,[9] or simply disregard this legal technicality altogether.

Thus, North Korea’s threatened or actual use of nuclear strikes against Australia seems unlikely. The real threat posed to Australia by the North Korean nuclear weapons program is more indirect and long-term, yet it could ultimately prove just as disastrous.

Assessing the climate of indirect threats by North Korea

Increasing nuclear tensions in Northeast Asia stand to harm Australia’s regional economic interests. Australia has over $250 billion invested in the major Northeast Asian economies, and Australian residents undertake hundreds of thousands of trips to the region every year.[10] A deteriorating regional security environment brought about by nuclear tensions on the peninsula could thus lead to real economic harm and place tens of thousands of Australians at risk, with the outbreak of an actual nuclear war spelling disaster on these fronts.

North Korea’s nuclear weapons development stands to undermine the value that Australia derives from its security alliance with the US. The US’ inability to reign in a despotic upstart that has, since the early 2000s, been both openly touting its nuclear weapons development and threatening the US and its allies with nuclear harm, lays bare the limits of US power in the Asia Pacific — the assumption of which has been the foundation of Australian defence policy for the last 70. US allies that face immediate North Korean threats, namely South Korea and Japan, will have to take greater measures to independently secure themselves against North Korean nuclear aggression, given the limits of US extended deterrence. As South Korea and Japan begin fending for themselves, the US’ hub-and-spokes framework of regional alliances will weaken, as will the US’ overall influence in the region. As Australia balances its security and economic interests between the US and China,[11] it will have to think critically about the ongoing benefits of security cooperation with the US in a period of US retreat in the Asia Pacific and consider how it might fill this strategic vacuum in the context of a rising and revisionist China.

Certainly, the North Korean nuclear breakout threatens the sanctity of the international community’s non-proliferation ideal that, since 1970, has kept Australia relatively free from the dangers and strategic complexities of surviving in a multipolar nuclear world. The small dictatorship, with few allies and facing the massed pressure of the US-led international order, has succeeded in building a nuclear bomb. But what precedent does this set? If North Korea can succeed in this mission, there is a possibility for other states such as Iran, Syria, or any other rogue state to do just the same. With each new case of nuclear proliferation, the normative power of the Treaty on the Non-Proliferation of Nuclear Weapons recedes a little more, and Australia must take more seriously the prospect of having to defend itself in a world of nuclear multi-polarity. As more nuclear poles emerge with increasingly complex alliance relationships and intersecting interests, Australia could find itself facing a more direct nuclear threat than that posed by North Korea, and doing so without the once unassailable power of its superpower patron.

[11] Di Lieto, Giovanni (2016) Trade with China or security with the US? Australia will have to choose, https://theconversation.com/trade-with-china-or-security-with-the-us-australia-will-have-to-choose-68511, 25 February 2018.