The Australian Institute of International Affairs, Queensland, wishes to encourage and support Australian students at Queensland Universities to undertake study in the Asia-Pacific region. This scholarship was established in line with the organisation’s mission of promoting understanding and interest in international affairs.

The scholarship is advertised on the AIIA website and through Queensland universities.

A selection panel consisting of an academic representative from three Queensland based universities will review all applications and make a recommendation to the Council of AIIA Queensland. The successful applicants will be notified as soon as the Council has accepted the recommendations.

The successful applicant must provide evidence of the travel planned before the scholarship is paid, and will provide a report to the AIIA Queensland Council after the educational experience has been completed and the student has returned to Queensland. The successful students may also be invited to give a short talk on their experience at an AIIA meeting of members.

Isabelle Bettridge was awarded the 2017 AIIA Queensland Asia Pacific Scholarship. This is her story 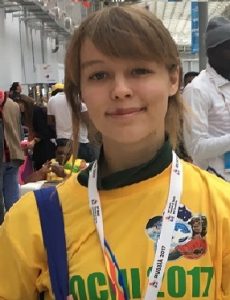 The scholarship was wonderful for me. It enabled me to focus on my studies while on exchange at Keio University. For five months I lived, worked and studied in Tokyo, at Japan’s oldest university and one of its most respected. Commuting to campus took almost an hour, often in crushing rush-hour crowds, and as a minimum I had to take nine courses in a semester, three times what I am used to, and I found the workload twice as heavy. Nevertheless, the challenges I faced on exchange developed my resilience and adaptability, and the incredible experience has broadened my global perspective and cultural awareness.

Here at the University of Queensland I have majored in Japanese language and history, with particular focus on modern history in Asia, where there is significant recent history from colonialism and post-colonial struggles, to warfare, social movements and military and economic development.
I chose Keio not only for its Japanese language program but also for the courses on history and international relations of Asia. The courses I studied at Keio have been the most influential of my entire degree, with my favourites including content on human trafficking and historical memory in Asia, Japan’s foreign relations, its wartime history and post-war resurgence.

I joined the Keio English newspaper club, which has a rich history and worked with a team on an article for the biannual paper. We interviewed a producer in the Japanese media and investigated the issue of press freedom in Japan. The country falls shockingly low on press freedom indicators, and investigating the local discourse on this helped me achieve a deeper understanding of Japanese cultural obstacles. Also, joining the mountain hiking club forced me to keep active, social and wide ranging throughout semester.

I had the opportunity to study alongside students from all over the world, to develop my Japanese skills in context, to live immersed in a foreign culture, to engage empirically with eastern perspectives and much more. All young Australians should value exchange in Asia – our own sphere – and the AIIA Queensland Scholarship Program presents a valuable and prestigious opportunity.