On Tuesday 1st March, Dr Alexander Korolev, a senior lecturer in Politics and International Relations at the University of New South Wales, addressed the Institute on the case of Ukraine, and what this concerning conflict means in the context of the international system and intensifying global great power rivalry.

To open his address, Dr Korolev drew upon the principles of Thucydides ‘Melian Dialogue’, citing the failure of the Melians to reach a peaceful middle ground between a warring Sparta and Athens. This dilemma, he said, parallels today’s ‘tragedy of small power politics’: that the capacity of smaller states to pursue independent foreign policy is severely limited in the broader global context of great power competition. This, he says, is evident in the case of Ukraine, caught in the intensifying rivalry between Russia and the West.

Dr Korolev was keen to reframe current discourse seeking to account for the causes of the Ukraine crisis, including analysis that adopts a reductionist approach. These approaches emphasise for instance, the role of domestic policy priorities and the perceived intentions of individual leaders such as Vladimir Putin in the conflict. Rather than attempting to assign blame for the devastating situation in Ukraine, he instead suggested that the crisis can be best understood using a systemic approach that considers the dynamics of great power politics.

Such a structural approach involves acknowledging Ukraine’s geopolitical location in the collision zone of a major regional security complex, in which the eastward expansion of NATO and the EU has come face-to-face with Russia’s assertive Eurasian Economic Union expanding to the West. As a result of this intensification of pressure, Ukraine’s options for strategic hedging between the two powers have seemingly become a ‘luxury’. Dr Korolev stated that in this sense he was ‘quite pessimistic’ regarding Ukraine’s outcomes and believes that Ukraine is unlikely to ever be formally offered membership in NATO. He is concerned that the conflict will result in the de facto annexation of Ukraine, creating long-term problems until either Russia or the West are willing to wind down their geopolitical competition in the region and broker a peaceful solution.

Dr Korolev fielded a range of complex questions from a very engaged audience. When queried whether sanctions have any tangible influence upon the actions of great powers in dealing with smaller states, as in the case of Russia over Ukraine, he noted that sanctions are more likely to impact ordinary citizens than official foreign policy. ‘Regular people’ in Russia are suffering privations but the effects on Russia’s economy and power are limited. In this situation, he believes it is unlikely that any form of economic sanctions would be significant enough to prevent Russia from pursuing its interests in Ukraine.

Asked whether he believed it would be beneficial for Ukraine to make a definitive choice between Russia and the US, Dr Korolev responded that Ukraine itself has little decision making power in the matter, being caught in the middle of a great power rivalry. He believes that such a decision could feasibly have been made in the early 2000s without causing major conflict, but that the best Ukraine can hope for now is a form of ‘neutrality’ or, failing that, alignment with Russia. 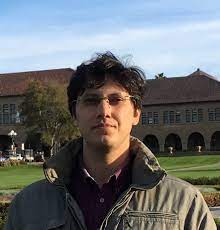