On Tuesday 10 March 2020, experienced journalist and author Brian Toohey spoke to AIIA NSW about the powerful influence of Australia’s intelligence and security agencies within national governance and its implications for Australia’s future. Drawing on extensive experience in writing on national security policy and his recent book Secret: The Makings of Australia’s Security State, Toohey provided an astute and thought-provoking analysis of the Australian approach to intelligence, defence and foreign policy in a world dominated by discourse on threats to national security and on a rising China.

Toohey critiqued the virulent campaigns in the media against possible foreign spies and the dominance of intelligence officials across these channels in demanding aggressive federal action against Chinese influence, arguing that both the media and heads of national intelligence agencies have become increasingly obsessed with the exposure of these activities.

Feverish revelations in the media regarding alleged spies and their influence in government, universities and civil society have provided the foundations for increased funding for the security and intelligence agencies and for harsh laws against foreign influence. Mike Burgess, Director-General of Security and head of the Australian Security Intelligence Organisation (ASIO), had used mainstream media to accuse China of espionage allegedly intended to engineer fundamental changes in Australia’s engagement with the world.

In Toohey’s assessment, there is little evidence that Chinese agents of influence will have any significant impact in Australia regardless of whether the operations are clandestine. Toohey provided the example of the immediate blame on China for the census bureau website crash in 2016 by the intelligence community – a claim which was discounted by the Prime Minister following the events. Toohey emphasised that Australia will benefit from being open to a range of cultural and economic networks rather than being further absorbed into the preoccupations of the United States. Further powerful security laws would significantly erode democratic rights and civil liberties, and undermine the ability of whistle-blowers and the media to expose irrational thinking and abuses of power.

Australia is in reality very secure. Our interests are served by China being a prosperous trading partner and a positive participant in the international system. We do not share the US objective of weakening China’s economic growth and access to technology. China is very much dependant on crucial trade routes through the Indian Ocean region and the Malacca Straits, and is surrounded by potentially hostile countries uncertain of its motives. Even if its belt and road initiative succeeds in reducing this dependence, China needs peaceful maritime relations in our region.

History – for example in the East Timor intervention in 1989 – tells us that the US will not automatically join Australian military action in our region. It is not realistic to assume there exists a debt to be paid for Australia’s presence in the Middle East with US troops. The United States will not supply troops where their own interests will not be served; it is fanciful to expect them to do so. Toohey stressed that the Australian defence forces are far too integrated with those of the United States, with Australia reliant on the United States for technical support. Ultimately Australia would have no capacity to engage in significant military action without US participation, and risks being drawn – contrary to our interests – into any US war with China.

The rhetoric about the Indo-Pacific in recent years has described India as an ally and as a fellow democratic state with shared cultural values. The aim has been to enlist India in curbing the rise of China. Toohey considered that Foreign Minister Marise Payne’s speech in New Delhi earlier this year praising Indian democracy failed to take account of India’s current lurch toward Hindu supremacy and its long history of aggression.

In response to questions, Toohey commented on Australia’s position on Huawei, noting that their 5G system and network far surpasses that of its biggest rivals, and national security is the excuse given by the US – echoed by Australia – in order to stop China from engaging in high-tech industries that have been dominated by the West. He further noted that China has other, more effective methods of conducting espionage than damaging the commercial success of Huawei by implicating it in espionage.

On questions of press freedom in Australia and a Bill of Rights similar to that of the US, Australia has fallen behind and Toohey emphasised the need for significant changes in order to avoid further raids on press organisations in an effort to undermine their work. The lack of a Bill of Rights is the reason Australia has eighty-four security laws while for the most part such laws have not been adopted in the US.

Toohey emphasised that diplomatic and other officials should play the central part in formulating Australia’s foreign policy, not defence and intelligence officials. Universities should lead research and the Treasury should be the most powerful voice on deciding foreign investment, not ASIO or other intelligence organisations. Diplomacy is about protecting and furthering national interests, not simply about shared cultural values. Great powers will rise and fall. How Australia chooses to approach the challenges of the coming decade will determine whether we are left enslaved to the US and dragged into an unnecessary war. 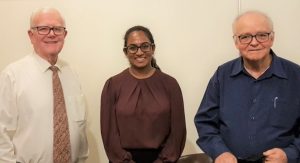