On Tuesday 9th August, Associate Professor Adam Lockyer addressed the NSW branch of the Australian Institute of International Affairs on the topic of sea power, maritime deterrence postures, and the role of naval exercises as indices of strategic communication.

Professor Lockyer began his presentation by turning to the current Taiwan crisis, where China has conducted some of the most extensive naval exercises ever seen around Taiwan. Numerous commentators and defence experts in Australia and abroad believe the exercises are simulating a blockade and invasion of Taiwan, with some suggesting the exercises offer key clues to any future potential conflict scenarios. Professor Lockyer observed that China is very much aware their exercises are being closely watched: rather than using the exercises to predict future Chinese actions, we should be asking what China is trying to communicate to its adversaries through the exercises.

Professor Lockyer applied Robert Jervis’s theory of image manipulation, signals and indices to Australian naval exercises to outline what the exercises are communicating to other states.  For example, the amphibious operations-focused Talisman Sabre exercise is an example of an offensive sea control posture and tells the region that Australia is willing to take offensive actions against hostile states. Australia’s participation in the ongoing multinational RIMPAC maritime war exercise signals Australia’s commitment to actions beyond its own seas, with Taiwan as a possible example of such a scenario. Professor Lockyer emphasised that states adopt a number of deterrence postures to cater for multiple contingencies: there is significant work to be done in sharpening the message that Australia is communicating through its own military exercises.

During the question-and-answer session, Professor Lockyer was asked about China’s own exercises in and around Australia. His response was that all states routinely monitored the movements of other states, Asked whether exercises are an accurate test of militaries, he argued exercises must be seen to be realistic; otherwise adversaries have the potential to under or overestimate a state’s capabilities. On the AUKUS agreement, Lockyeer disagreed that Australian nuclear submarines would be beholden to US commanders but predicted they would be more heavily integrated into US-led strategies. Finally, Professor Lockyer suggested that strategic communications through naval exercises may contribute to regional stability as a result of the relative ease of states being able to monitor each other in international waters. But he stressed that this may change as the balance of power shifts in the region. 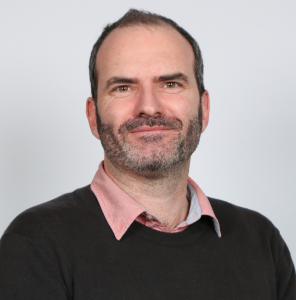