On Tuesday 12th April, Professor Emeritus Graeme Gill spoke to the Australian Institute of International Affairs NSW. His focus was on the implications from the invasion of Ukraine for Russia and the Russian elite and the impact of sanctions by the West. Gill began by discussing the three miscalculations President Putin made before the operation in Ukraine: he had overestimated Russia’s military capability; underestimated the strength of Ukrainian resistance; and undervalued the speed and nature of the western response.

On the efficacy of sanctions on Russia, Gill argued that they have had an immediate effect (for example on the value of the rouble, the availability of industrial inputs, and payment for Russia’s exports); but noted that Russia has been under sanctions of one kind or another at least since 1974 and is adept at dealing with them. The lack of international consensus over sanctions makes them unlikely to be sustained.

Gill offered insights into support for the conflict within Russia. Putin retained the support of the siloviki – the “strongmen” with military and security backgrounds and considerable commercial interests who influence Putin’s decision-making. General civilian support for Putin has only increased (although the channels of information are controlled by the government) and political and security elites seem united, despite conflicting media reports. He finished his speech by urging the West to not label Russia as either ‘aggressive and expansionist’ or ‘reactive and defensive’ and to focus on the need for negotiation and accommodation.

Gill fielded several questions, ranging from the role of the UN in preventing the conflict and recent arrests of FSB agents to America’s economic and political objectives and the outcome of negotiations. Gill said it was unclear whether Russia had turned to the UN to raise its concerns about the treatment of ethnic Russians left behind in Ukraine (particularly in the Donbas region) with the breakup of the Soviet Union. He commented that anti-Russian violence in eastern Ukraine has been driven by a few malign, right-wing armed groups, but that there is little evidence of ethnic cleansing. On the arrests of FSB agents, Gill said that someone is answerable for Russia’s poor military performance and the FSB likely told Putin that Russian soldiers would be welcomed with open arms in Ukraine: as the reality on the ground is the opposite, FSB officers may be facing repercussions.

Asked whether the US is aiming at regime change, Gill cited the former US Ambassador to Russia, Michael McFaul’s book, where he says his task was to “promote democracy” in Russia. Gill argued that promoting democracy in Russia amounts to promoting regime change. Regarding America’s economic objectives (for example in displacing Russian energy exports), he acknowledged that American sanctions would hurt Europe more than America. The impression that the US desires to be the only superpower tends to confirm suspicions among developing nations about its motives and hence reduce their readiness to sanction Russia.

Finally, Gill said it is difficult to speculate about outcomes from negotiations. Much is unknown about casualties and destruction from the conflict. The first issue is the terms of withdrawal and ceasefire; the second is the status of the two self-declared republics of Donbas. Third, Ukraine may have to become a neutral country and yield its pursuit of NATO membership, a prospect Ukraine itself has held out but which seems “off the table” in the view of the US. Lastly, neither country will give up its claim to Crimea, and Mariupol is crucial: Russia seems determined to consolidate its strategic control of the coastal region between Crimea and Russia. On this issue, both powers will likely fudge, and the situation will remain unresolved for a decade or more. 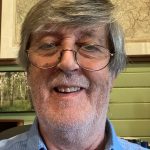