On Tuesday 22nd March, Dr Olga Boichak, a lecturer in Digital Cultures at the University of Sydney, spoke to the Australian Institute of International Affairs NSW on the Russian invasion of Ukraine and the non-traditional phenomenon of digital and participatory warfare.

Overviewing the field of digital war research, Dr Boichak noted that, while the relationship between war and media is a relatively new field of study, increased study and awareness are imperative to reframing notions of war. War has already outgrown the traditional definitions, due to advances in digital media and communication technologies. Beyond the intensifying media coverage of wars on the ground over the past 50 years, civilians are now able to also participate in military conflicts.

Tracing the changing relationship of media and war, Dr Boichak observed that there have been keystone moments of technological breakthroughs, from the invention of photographs, telegraphs, radio, television, to the growing adoption of internet and social media. These developments have all brought war closer to civilians; efforts at censorship had still been employed up until the early 2000s through controlling informational flows, but this is no longer feasible in the current hyperconnected battlefield. Rather, the representation, perception, participation, and memorialisation of conflict can all now exist outside official narratives and perspectives. They are a battlefield of their own, intertwined with the battlefield of reality.

Dr Boichak offered insights on the participatory modalities within this digital, global battlefield. Participation by Ukrainians has been through being digital witnesses to events, contributing to open-source intelligence, and organising crowd funding efforts for humanitarian aid and Ukrainian resistance. Beyond Ukraine, participation by the global audience has included information dissemination and ‘hacktivism’ projects such as ‘Play for Ukraine’ aiming to knock Russian websites offline.

Dr Boichak observed that, whilst victory on the digital battlefield may not mean a victory on the Ukrainian battlefield, it could still significantly facilitate a point of entry into the modes, expressions, and experiences of warfare in a global society. For the international community as well as Ukraine itself, this has at least led to an understanding of the war beyond the Russian propaganda of Ukraine as Russo-phobic, fascist, or a failed — even illegitimate— state.

In response to questions, Dr Boichak acknowledged that there have been long-standing differences between the Ukrainian-speaking and Russian-speaking populations of Ukraine, corresponding to an east-west divide and religious differences. She noted however that a majority of Russian speakers had voted for the Zelensky government, and was dismissive of claims that Russian speakers had long suffered discrimination in such areas as education. 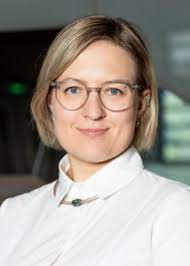