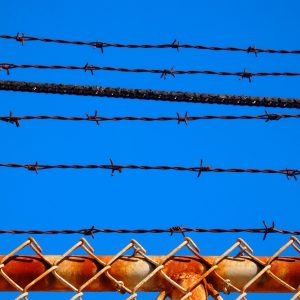 The treatment of lesbian, gay, bisexual, transgender, intersex, and queer (LGBTIQ) asylum seekers and refugees who seek asylum in Australia is often discriminatory and persecutory. With 75 countries still criminalising same-sex acts, people fleeing persecution because they are LGBTIQ come from all corners of the globe. They attempt to arrive to Australia by perilous journey at sea, or regularly arrive on tourist, student, or working visas. LGBTIQ refugees seek safety in Australia, yet our policies and practices represent a hypocritical attitude toward LGBTIQ rights.

While those in Australia with citizenship can enjoy the protection of world class anti-discrimination legislation, we actively send LGBTIQ asylum seekers to places where they are likely to be persecuted, as well as routinely violate the rights of those who make claims on-shore.[1]

On 18 October 2016, the head of Immigration Mike Pezzullo stated in a Senate estimates hearing that it was ‘no concern’ of Australia’s that gay refugees were being detained in Papua New Guinea (PNG), where same-sex acts between men can lead to imprisonment of 14 years. Pezzullo stated that “We have enough on our plate” and that the Australian government wasn’t obligated to investigate whether same-sex attracted refugees faced persecution in PNG. Such a nonchalant approach to the harm and fear faced by same-sex attracted refugees in PNG and Nauru is incredibly disappointing given that the Australian public has known of same-sex attracted refugees in PNG since at least 2013. In Amnesty International’s report ‘This is Breaking People’, for example, it was reported that Renate Crocker, the most senior Australian immigration official on Manus at the time, had told refugees on Manus that instances of same-sex acts in the detention centre could be reported to the local police.

Similarly, while Nauru decriminalised same-sex acts between men in 2016, we know of at least one Iranian couple who have been attacked both in detention and in community because of their sexuality. The couple, Nima and Ashkan, were told by Australian government representatives before their release in 2014 to hide their sexuality to ensure their own safety in Nauru. This is in direct contradiction with Australia’s own guidance, as well as UN guidance, which provides that a refugee should never be required to be ‘discreet’ or hide their sexual orientation or gender identity in order to secure their own protection. This was confirmed in the influential United Kingdom 2010 case of HJ (Iran) and HT (Cameroon) where Lord Roger held,

…so far as the social group of gay people is concerned, the underlying rationale of the Convention is that they should be able to live freely and openly as gay men and lesbian women, without fearing that they may suggest harm of the requisite intensity or duration because they are gay or lesbian. The home state should protect them and so enable them to live that way.

Evidence is scarce on the experiences of LGBTIQ people in detention in Australia. Recently, the UK Lesbian and Gay Immigration Group (UKLGIG) released their report No Safe Refuge which found that

LGBT asylum seekers are particularly vulnerable in immigration detention and face significant disadvantages and dangers. In detention they experience discrimination, harassment and violence from other detainees and from members of staff. The detention environment has serious long-term effects on their mental and physical well-being.

Whether staff in Australian detention centres are adequately trained on the increased vulnerabilities and harm faced by LGBTIQ people in detention is unknown, but also, unlikely.

Mistreatment of LGBTIQ refugees is sadly not restricted to their experience in detention. There are numerous examples in recent years of sexually explicit and stereotypical lines of questioning in tribunal and courts to ascertain the credibility of non-heterosexual asylum applicants. For example, refugees have felt compelled to produce sexually explicit documentation and have been asked about their sexual practices.

Comparable jurisdictions, such as the EU, have disallowed such questioning. In a 2014 case, the Court Justice of the European Union found that an applicant’s rights to privacy and human dignity would be violated where assessments of asylum claims included the use of stereotypes, questions about sexual practices, reviewing or accepting sexually explicit evidence, and discrediting an applicant because they did not self-identify as LGBT at the first instance.

And yet, these elements still appear in Australian decisions. Likely, this is due to the lack of training for decision makers and immigration officials, as well as limited guidance on sexual orientation, gender identity, and intersex based claims in the materials provided by Australian Administrative Appeals Tribunal (AAT).

It is stated briefly in the Migration and Refugee Division Guidelines on Gender that ‘when conducting a hearing based on sexual orientation or gender identity, a Member (the Tribunal decision maker) should ask questions in relation to the applicant’s realisation and experience of sexual orientation or gender identity rather than questions that focus on sexual acts’. However, in the Guidelines on the Assessment of Credibility no limitations on lines of question are provided, and instead the case of WAIH v MIMA [2003] is referenced, in which Federal Magistrate Raphael endorses the necessity of ‘embarrassing’ lines of questioning in sexual orientation based claims. Raphael FM explains that:

This appears to endorse rather than restrict lines of questioning that in comparable jurisdictions may constitute fundamental human right violations. In order to protect the rights of LGBTIQ refugees during their processing, at the very least the government needs to invest in specific and detailed guidelines as the UK has begun to do so, for example.

There are many steps and policy shifts that need to be taken in order to protect the rights of LGBTIQ people seeking asylum in Australia, including training for immigration staff and decision makers, the cessation of offshore detention, and provision of services that meet the particular needs of LGBTIQ asylum seekers and refugees. Unfortunately, improvements are unlikely while Australia’s broader border policies continue to tighten and ensure human rights violations in the process.

[1] This piece primarily addressed the key issues facing people seeking asylum based on their sexual orientation and it is important to note, despite some shared experiences, the accounts of non-heterosexual refugees are not interchangeable with gender diverse, intersex, and other queer refugees.