On Tuesday 21st May the current interns addressed the Institute on topics of their choice. Introductions to their presentations can be found here: https://aiiansw.tidyhq.com/public/schedule/events/25011-an-evening-with-the-interns

Additional points made in their presentations and in response to questions were: 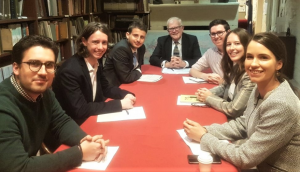