“That Australia should prioritise diplomatic and development efforts over military spending”

On Tuesday 29 September Evangeline Larsen, Nimaya Mallikahewa and Thomas Shortridge (affirmative) and Amelia Proudlove, Marcus McCulloch and Wendy Hu (negative) – the Institute’s interns for 2020 – debated this topic in a virtual event filmed at Glover Cottages and available on the AIIA YouTube website:
https://www.youtube.com/watch?v=C_PPP1wgaIg&ab_channel=AustralianInstituteofInternationalAffairs

The affirmative team argued that Australia should not prioritise military spending at the expense of foreign relations and development aid, which have suffered ongoing budget cuts in recent years. Substantial sums have been wasted on defence equipment of questionable value, including submarines and F35 fighter aircraft. Expensive equipment designed for integration with US military operations is of diminishing value as the US reassesses its overseas military involvements. Our security requires good on-the-ground understanding of other countries, which means we need extensive, well-funded diplomatic networks and well-targeted aid, not ever-increasing defence capacities. Modern challenges – Covid 19 and other health crises, climate change, education and development – cannot be addressed by military solutions. Annual expenditure of $30 billion on defence compared to $1 or $2 billion on foreign relations and development assistance are not the right balance. Real deterrence of security threats depends on deep mutual trust in the international system, not an enhanced ability to make war. Australia’s security relies on the power to persuade.

The negative team agreed that good diplomatic relations are essential to Australia’s security but argued that we also need a strong defence capacity. These are not mutually exclusive. The 2020 defence strategic update advocated an active role for our defence forces in addressing civilian emergencies. Our defence force helped address the situation in Beirut following the massive August explosion. Our main focus is regional, for example in bolstering the capacity of Pacific countries to address health problems and natural disasters. Military training programs in our region, including with Indonesia and Malaysia, build on and complement our diplomatic influence. We should not be uncritical of aid: it can perpetuate neo-colonialism and paternalism and support corruption. Moral obligations to developing countries are not necessarily best met by aid. Diplomacy, aid and military spending are all vital elements in the foreign policy toolkit. Our regional diplomatic efforts are strengthened by joint military exercises and regular intelligence exchanges, developing mutual reliance. Our defence capabilities are also important in addressing domestic disaster and humanitarian relief, demonstrated with Covid control. Waste in defence expenditure requires better procedures, not simple cost cutting.

The debate was adjudicated by Kevin Boreham, international law expert and former diplomat. He saw little to choose between the two sides – their arguments were vigorous, well presented and well informed. The affirmative team gave a sound presentation of the role of diplomacy and development assistance in informing national policy and made the point that many current international issues are not open to military solutions. The negative team developed a strong argument against false dichotomies: defence, diplomacy and aid all need to work together in the pursuit of the national interest. Both sides could have more fully addressed levels of expenditure and the strategic role of China. On balance he declared the negative side, very narrowly, the winners. 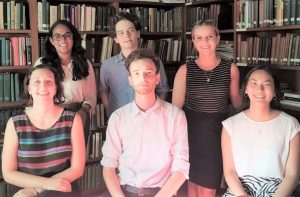