On Tuesday 5 October, AIIA NSW welcomed Professor Theo Farrell, a leading academic on the war in Afghanistan from the University of Wollongong, to speak about the factors that led to the Taliban’s ‘spectacular’ victory over Afghan forces.

Having been involved in direct talks with the Taliban through his previous work as an advisor to the International Security Assistance Force Command in Kabul, Professor Farrell offered a unique perspective on the war in Afghanistan and the way in which the Taliban operate.

Professor Farrell opened by providing some insights into the context of both the war in Afghanistan and the Taliban. When comparing the forces on paper, Professor Farrell explained that the success of the Taliban presented somewhat of a ‘puzzle’ as Afghanistan had a security force that was very well equipped, due to significant US funding, and 300,000 strong. Waged against them was a Taliban insurgency a fraction of this size, of somewhere between 40,000 to 60,000 soldiers.

In his analysis of the Taliban victory, Professor Farrell provided four core sources of success.

The first was the Doha Agreement reached between US and Taliban, which involved withdrawal of all foreign forces from Afghanistan with the aim of bringing peace to the country. Importantly, the agreement required the US air strikes to stop. These air strikes previously formed an essential element of the Afghan government’s defence as they could be leveraged to counter Taliban attempts to overrun Afghan army or police posts.  The Taliban were able to take advantage of the absence of US air strikes to engage in military operations below the threshold that would trigger a breach of the Doha agreement. In doing so, the Taliban were successful in slowly seizing ground.

The second source of Taliban victory was the fragility of Afghan National Security Forces (ANSF). The Afghan contingent was poorly trained and led, made up of largely illiterate recruits who didn’t show a commitment to fighting or following the direction of officers.

The third source of victory was the corruption embedded at the leadership level of the ANSF:  officers would undertake activities such as routinely diverting supplies to sell for profit and creating fake recruits to sign off salaries.

Finally, the Afghan Commandos, its US-trained special forces, which constituted a mere 7% of the ANSF, were doing 80% of the fighting. Exhausted from the relentless struggle with the Taliban and unable to call upon US air strikes, their morale collapsed.

The deeply contested and corrupt election of Ashraf Ghani as President in 2014 led to a disparate approach towards the Taliban which exacerbated the issues in the ANSF. In particular, Ghani largely ran the war from the presidential palace, the Arg, where he refused to listen to the advice of the US and failed to replace the incompetent Minister of Defence until too late, which led to inept planning and poor timing. Additionally, Ghani had disempowered the highly powerful regional warlords and only realised in July 2021 that he could leverage their large militia forces as a final line of defence. By that time it was too late.

The failures of the ANSF and the political leadership were met with a strong Taliban campaign. The Taliban’s speedy victory in August followed their campaign from 2020 of gaining ground in districts as well as strategic areas such as border crossings and highways.

By May 2021, the Taliban started gaining more districts around cities which allowed them to capture those cities very quickly. Professor Farrell also highlighted the utility of the Taliban’s social media campaign which was used to demonstrate their momentum and to spread the message to Afghan soldiers that ‘if you didn’t fight, they’d spare you and if you did, they’d kill you’. On 14 August, the Taliban reached Kabul which led Ghani to flee and the ANSF to ‘melt like ice’.

Professor Farrell ended his formal address with a discussion of the future of Afghanistan in which he expressed his concern that the nation is ‘barrelling towards a humanitarian crisis’. This in large part is due to a perfect storm of food insecurity, COVID, a liquidity crisis and a Taliban government that is ill equipped to deal with these pressures, having had no experience in leading a state.

Asked how China will take advantage of the vacuum left by US and Western hesitancy, Professor Farrell responded by discussing China’s two interests in Afghanistan: working with the Taliban to ensure they don’t operate terrorist groups to export to China through their shared border; and obtaining minerals from Afghanistan, perhaps through a Belt-and-Road type system. 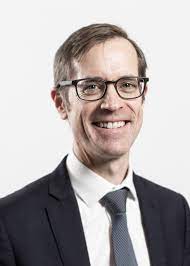