On Tuesday 7 September 2021, the Australian Institute of International Affairs NSW was addressed by Madeline Gleeson, Senior Research Associate at the Kaldor Centre for International Refugee Law at UNSW Sydney. Her focus was reviewing Australia’s policy of offshore processing against its stated policy objectives: ‘stopping the boats,’ ‘saving lives’ and ‘breaking the business model’ of people smugglers.

Madeline Gleeson opened by acknowledging the clear position her research took, finding that continued offshore processing was cruel, costly and ineffective. She outlined the importance of understanding what offshore processing actually refers to, preventing it getting conflated with other aspects of immigration policy. The policy was most active between 2012 and 2014. However, since 2014 the process has not been used.

This year marks nine years since the reintroduction of offshore processing as an Australian policy and 20 years since its initial conception. Madeline emphasised this as a critical reason to reflect on the status of Australian immigration, as it has ‘never been more important to dig into the policy’. In justifying the report, Madeline explained the significance of the research, aiming to challenge the entrenched positions and divisions that are firmly held in Australia, along with the Kaldor Centre’s concern with the ongoing misconceptions around offshore detention.

Madeline’s report was a revealing indictment of the policy. In each of the four phases, she emphasised that none of the three policy objectives were achieved, culminating in a ‘mad scramble’ to overcome the problem. The Kaldor Centre report found that in the first objective, ‘stopping the boats’, offshore detention did not in fact deter irregular maritime migration. Madeline demonstrated that in reference to ‘saving lives’, any claim of offshore processing reducing deaths on land is ‘not real’. She highlighted that this can confirmed by over 1,000 of the 3,000 people detained offshore being medically evacuated to Australia.

In reference to the third policy aim, preventing people smuggling, she showed that this did not disrupt their activities. This emphasis on closing off Australia’s safe avenues misdirected attention from the root of the problem and fed the demand for smugglers. While Madeline labelled the ‘stop the boats’ campaign as ‘attractive’ and ‘catchy’ for Australian politicians, it has not effectively responded to the reality of displacement.

More than just the failure to achieve policy objectives, Madeline outlined the ongoing humanitarian and financial costs of offshore processing. These findings demonstrated that offshore processing fails to comply with the ‘fundamental’ rules of international law. This has brought with it an onslaught of legal challenges for Australia, including six referrals to the International Criminal Court and a series of recommendations from the UNHCR. The policy has also cost on average $1 billion yearly, which Madeline described as a ‘conservative’ estimate. It has also incurred real humanitarian costs – systemic cruelty that is not ‘accidental’ but rather, a part of the policy.

In her concluding comments, Madeline considered the recommendations of the report. In dealing with the ‘very real migration challenges’ facing the world, she labelled the policy a failure, calling for the immediate ‘formal end’ to offshore processing. Further, in reference to the ongoing concern that this policy may be employed in European states, she emphasised that it should be never be ‘repeated, nor replicated’ by other countries.

The Q&A session raised the potential domino effect of European nations adopting this policy. Madeline responded by discussing her concern with the fact that these countries may have been given an impression that doesn’t ‘match the Australian reality’. However, she reminded the audience that Australia, unlike the EU, does not have a binding human rights framework, which may limit ability for the policy to be implemented elsewhere.

On the question of the influence of Australian domestic politics, Madeline reflected that immigration is always a ‘hot button’ issue for politicians and national interest is often obstructed by political games. This was reflected in both the Malaysian solution of 2011, which was followed by 12 months of political impasse and in the policy of ‘no resettlement’ of 2013.

Madeline ended the session with a message to the audience of the importance of activism that aimed to reach the ‘hearts and minds’ of the Australian people. These ‘personal stories’ could change deeply-held views on what is an area of deep division in Australia. 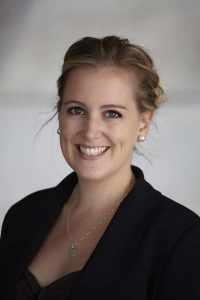