Sandwiched between Armenia to the west, Azerbaijan to the east, Iran and Turkey to the south, Nagorno-Karabakh is a tiny slip of a country of 11,500 sq km, approximately the size of greater Sydney. It is yet to be recognised by the international community including Australia. At Glover Cottages on 12 April, Kaylar Michaelian, an Armenian resident in Australia for forty years, traced the country’s turbulent history, and the possible consequences of international indifference to its plight. 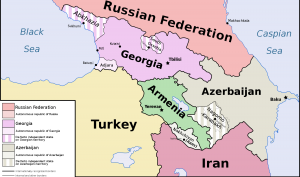 Enter Mikhail Gorbachev, perestroika and glasnost. Karabakhis seized the opportunity of the disintegration of the Soviet Union to secede from Azerbaijan. Formation of a Nagorno-Karabakh Republic followed a referendum on 10 December 1991, but the minority of Azeris (one percent of the population) boycotted it. A declaration of independence brought a swift and violent response from the Azeri government in Baku, but the Karabakh Armenians prevailed after a war lasting three years. A Russian-brokered cease-fire between Armenia, Azerbaijan and Nagorno-Karabakh was signed in May 1994. So far so good – until, as recounted by Kaylar Michaelian, Azerbaijan unleashed a violent attack two weeks ago, 2 April 2016, along the entire line of contact between Nagorno Karabakh and Azerbaijan. The mini war lasted four days during which there was heavy loss of life and property damage on both sides. Mediators from the Minsk Group (co-chaired by US, Russia and France) regularly visits all three capitals – Stepanakert, Yerevan and Baku, and monitor the border between Azerbaikan and Karabakh, but obviously not effectively. Nagorno Karabakh wants peace to nurture its own democratic institutions under the rule of law, but the Azeris continue their possessiveness and interference. 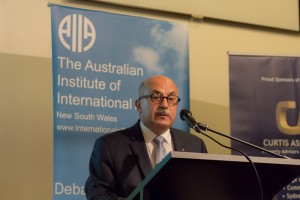 Meanwhile Azerbaijan’s military capabilities grow as it spends billions from its oil revenues on securing the latest arms. Kaylar claims the Azerbaijan-Karabakh conflict remains the biggest challenge to long-term stability in the South Caucasus. Further hostilities could disrupt oil and gas flows from the Caspian Sea to Europe and beyond. They could also influence the current power play between Russia, Turkey and Iran, and ignite a catastrophe engulfing the region.