Dr Billingsley began by outlining some of the significant indicators that America, under the leadership of President Joe Biden, will approach the Middle East with a recalibrated independent and creative capacity. Such indicators include pending acknowledgment by Biden of the Armenian genocide, efforts toward negotiating America’s re-entry into the Joint Comprehensive Plan of Action (JCPOA) with Iran and Biden’s pledge to restore economic assistance to the Palestinians. However, Dr Billingsley did note that there are “liberal imperialists” within Biden’s ranks who may present some difficulties to the realisation of an American approach that is committed to avoiding past errors.

Dr Billingsley proceeded to provide a comprehensive analysis of key challenges facing Biden in the Middle East, particularly concerning Syria, Iraq, Yemen and Iran. In relation to Syria, where the complex conflict has claimed over 500,000 lives and is currently the largest refugee crisis, Dr Billingsley said that the Russian position has become “solid”, with little hope of the United States offering itself as an honest broker and that we may have to accept that Baathist leader, President Bashar Al-Assad, has won. Russia has been able to keep the Al-Assad regime in power and gain some leverage in the region. However, a “glimmer of hope” may remain for the United States if it reopens its embassy in Damascus, providing it with the potential to counter the support being provided by Iran which is committed to the integrity of Syria.

Biden faces a serious challenge in Iraq, especially as he was among those who supported the American-led invasion of the country in 2003. The United States has indicated to the United Nations Security Council that it would help Iraq to assert its sovereignty to prevent the resurgence of Islamic State, even stating among its objectives the “elimination of corruption”.  Dr Billingsley remarked that these are “pretty big objectives” which will be significantly impacted by hostilities toward the American presence in the country and America’s difficult relationship with Iran.

Yemen featured in Biden’s ‘America’s Place in the World’ speech in February, where the President announced America will end “all…support for offensive operations”. However, Dr Billingsley noted that there is a lack of clarity as to what this actually means in practice, noting that America is home to the globe’s major weapon manufacturers. Nevertheless, America’s stated intentions suggest a shift away from backing Saudi Arabia in Yemen, which prior administrations failed to do in spite of Saudi atrocities.

Dr Billingsley ended his analysis of contemporary American challenges in the Middle East with Iran and Biden’s promise to rejoin the JCPOA, which may be difficult for Biden as he approaches the mid-term elections. The US-imposed sanctions on Iran for alleged nuclear, terrorism and human rights violations have had devastating economic consequences, even though Iran has “perfected the art” of working its way around this state of affairs. New to the scene is the 25-year Iran-China cooperation program which will further assist Iran in offsetting economic losses. Dr Billingsley emphasised that “everything hinges on the nuclear agreement” and that it would be beneficial for America, and for the region, to cooperate with Iran.

Dr Billingsley provided nuanced answers to questions on topics not directly addressed in the presentation, including the stasis situation in Western Sahara, the role of tribalism in Jordan and Israel’s capacity to establish open relations with other states in the region. In response to a question regarding the role Australia can play in the Middle East, Dr Billingsley explained that it would be largely limited to a development capacity. Looking forward, Dr Billingsley innovatively suggested that America could offer itself as an honest broker in the Middle East through a regional security structure that would better facilitate cooperation between states in the region. 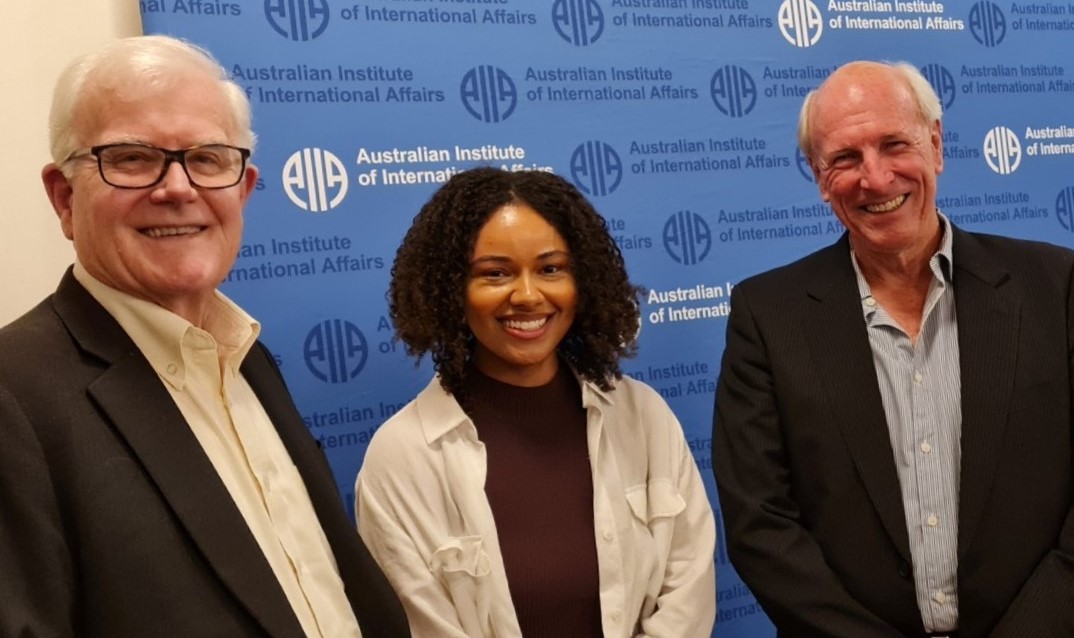