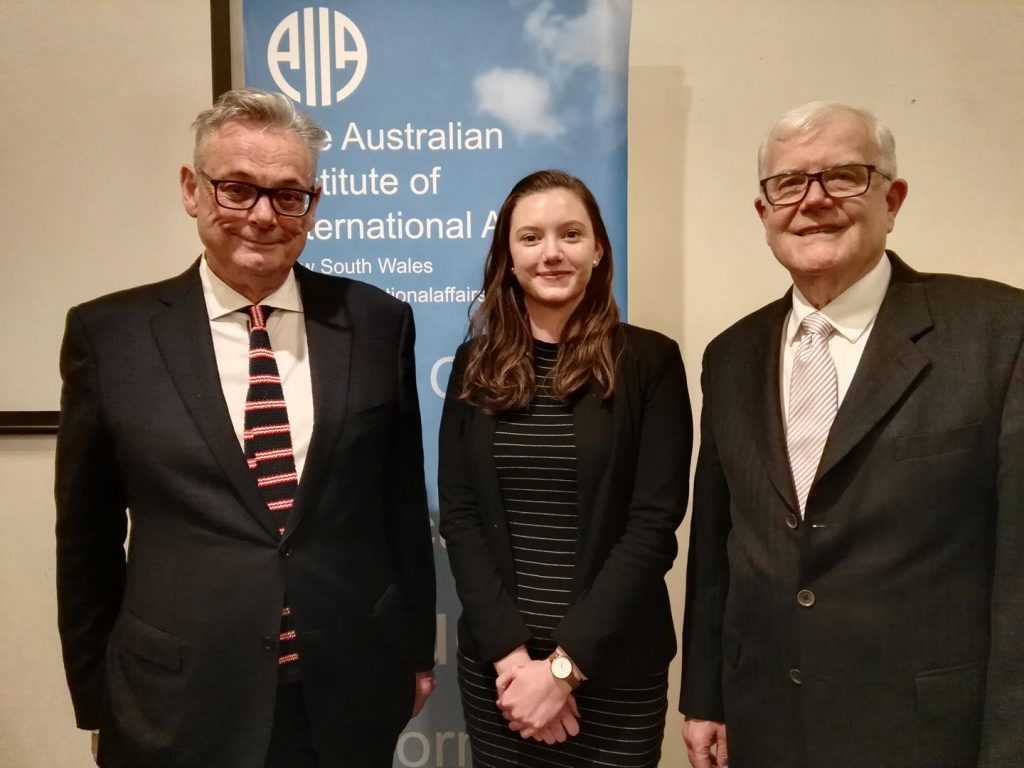 On Tuesday 11 September, the Institute welcomed Dr Geoff Raby, business and strategic consultant and former Australian ambassador to China, to share his analysis on the rise of a new world order. Dr Raby began with two overarching assumptions. Firstly, the world order has changed: the time of a US dominated unipolar system, dating from the end of the cold war, has passed. Secondly, the new world order will not be familiar or comfortable for Australia and will require a greater diplomatic effort.

On the anniversary of 9/11, Dr Raby acknowledged that the world order has been unravelling for at least the past 17 years. This is because of two key factors: the US has turned increasingly inward and isolationist (not just because of the Trump presidency – there has been a deep cultural shift); and China’s rise has been extraordinary.

This new world order is challenging for liberal democratic countries. Europe finds itself in an ongoing existential crisis. The EU offers no promise to continue the leadership style of its more cohesive past. As the US opts out of existing international structures like the WTO and now the World Court, new institutions are already being created by other world powers, such as China’s AIIB initiative. The US may lack the will to follow through on its anti-China rhetoric on China, for example on trade; but with China’s increasing power and the demise of liberal values worldwide, issues such as human rights, democracy and media freedom will hold less significance in world affairs.

As tensions rise we need to avoid a Thucydides trap (in which the established dominant power inevitably goes to war with the rising power). Middle power countries like Australia find themselves between a rock and a hard place, trying to pull off a binary act between the US and China in a world that has already changed dramatically. Australia must avoid being drawn into conflict contrary to its own national interest. Australian foreign policy needs to become more realist. Australia should abandon the old cliché of only working with other like-minded countries and find common purposes with China. Australia needs to exercise great diplomatic effort to develop a hedging strategy with our neighbours. This is how to navigate a dystopian future.

In response to questions Dr Raby addressed concern about China’s naval power; he does not see China as a current military threat to the US or Australia. He concluded with a comment on the increasing use of the phrase ‘rules-based international order’, as a tragic ideological commitment by Canberra, influenced by problematic US exceptionalism and an unwillingness to recognise a changed world.