“I believe everything Australia wants to do as a country… depends on our ability to understand the world outside.” 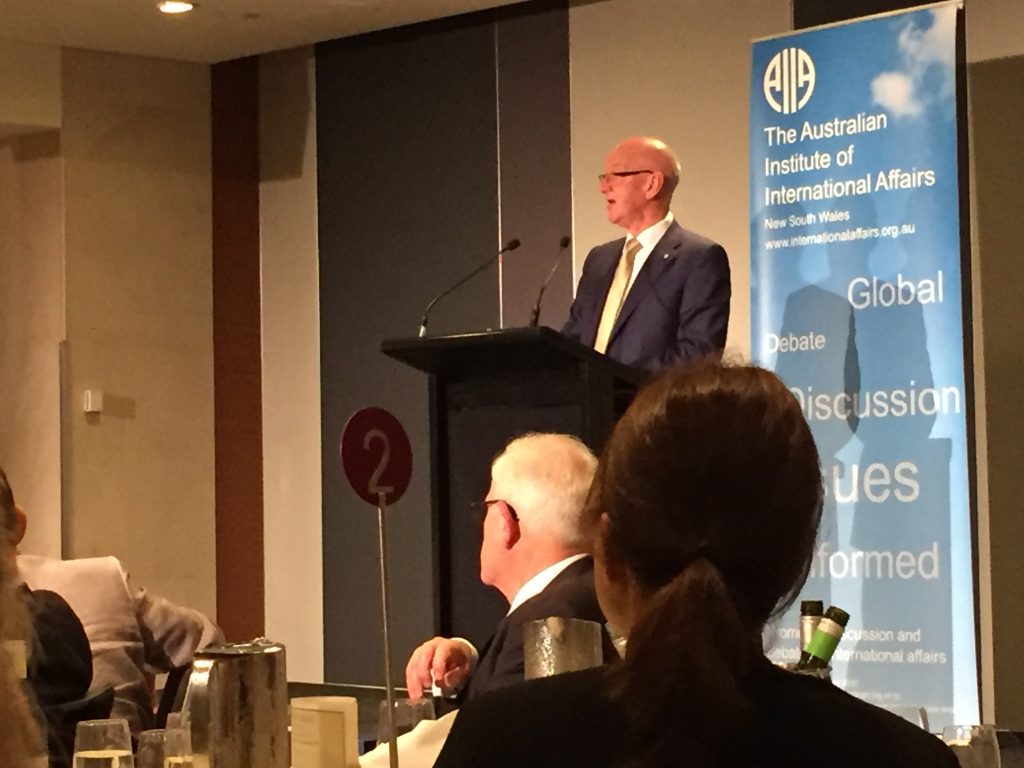 It was Gynell’s first formal address since becoming the AIIA national president in October and he used it to articulate the importance of broader public awareness and discussion of foreign affairs. A transcript of the speech is available here.

The Charteris Oration is AIIA NSW’s leading annual event. The 2017 dinner marked the 93rd anniversary of the founding of AIIA NSW, and was held at the Sydney Hilton Hotel. Among the attendees were former Minister for Foreign Affairs Bob Carr and former Minister for Trade Craig Emerson. 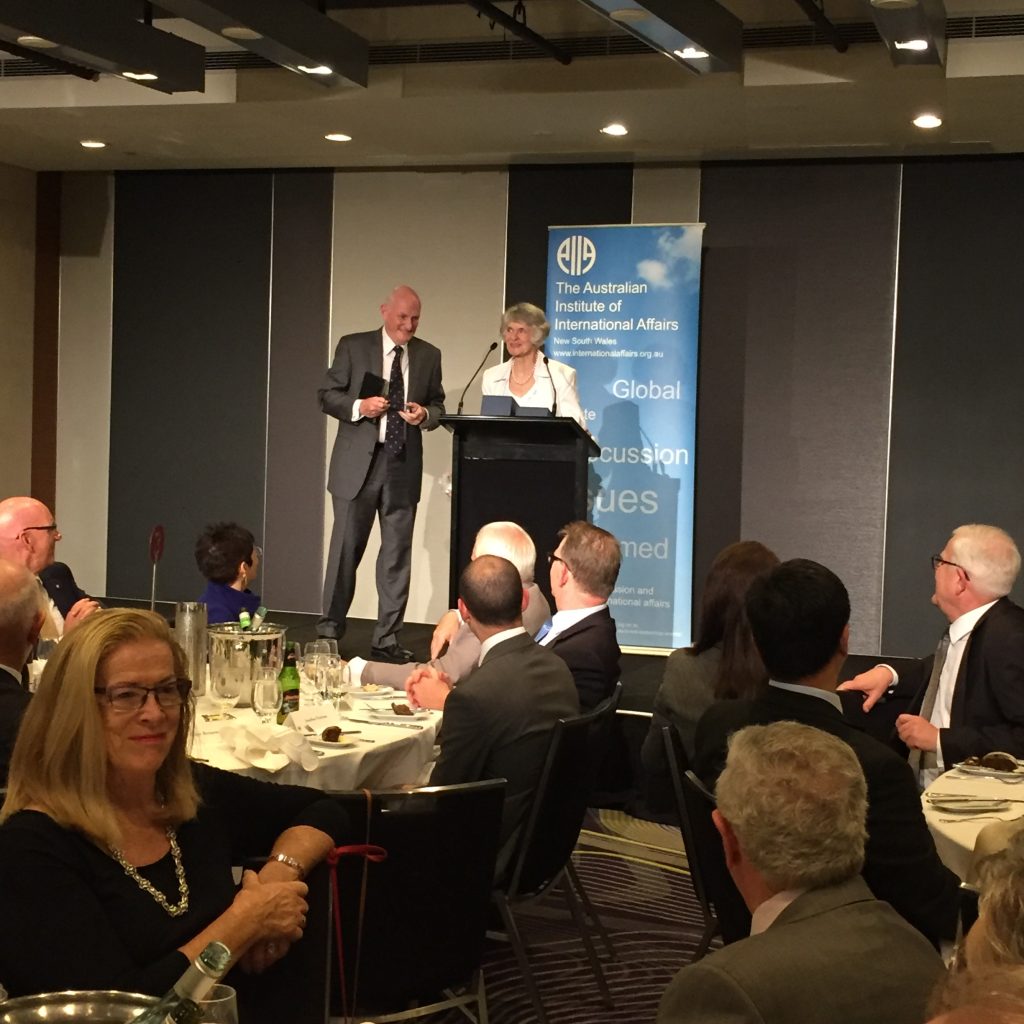