The Kangaroo and the Dragon: How I Learned to Stop Worrying and Love Free Trade 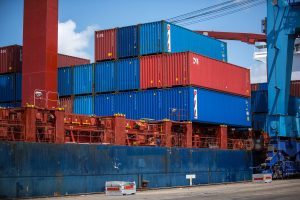 In 1901, the two main political parties contesting the federal election for the inaugural Parliament of Australia were the Protectionist Party and the Free Trade Party. Although these parties no longer exist, the two competing economic doctrines they represented continue to be a point of contention in Australian politics. On one side are free trade supporters – those arguing for unrestricted and unlimited trade between countries. On the other side, protectionists, those arguing for restricted international trade to protect the nation’s internal economy and industry. Since at least the 1980s, Australia has embraced free trade and globalisation. As a result, our nation has achieved unprecedented economic growth, having the longest economic expansion on record — 103 consecutive quarters of growth without recession.[1] Yet despite this, Australia, as elsewhere in the West, has seen the emergence of increasingly popular political figures and parties demanding protectionism.[2] Australia’s economy thrives on free trade, and much of the nation’s prosperity can be attributed to our strong trade partnership with the People’s Republic of China.[3] For Australia to succumb to populist protectionism and give up free trade with China would be, put simply, economic suicide.

Australia: A mate to all

About one quarter of the world’s nations are at risk of war or conflict, either internally or with neighbours.[4] Despite our long-standing fears of invasion, Australia is not one of these nations. We have no national enemy and no active territorial disputes. Distant from centres of conflict, we enjoy the highest living standards in the world. We have more energy than we need,[5] and more food than we can eat.[6] A map of the world drawn not according to geographical distance but by intensity of global connections would have Australia placed in the central core twenty nations.[7] In 2006, US consultancy firm AT Kearny listed Australia as the 8th most interconnected nation in the world.[8] To borrow terminology utilised by the Gillard government, Australia has transformed the ‘tyranny of distance’ into ‘prospects of proximity’.[9] It is due to free trade that these links have been formed, and Australia’s prosperity is maintained.

Being interconnected is essential for several reasons. First, historically we have not had enough domestically sourced capital to pay for our development.[10] Second, we depend on other nations for its people. Without post World War II immigration, Australia’s population would sit at 12,000,000, as opposed to its current population of 24,632,995.[11] In 2005, net overseas migration overtook natural increase as the main component of population growth.[12] Third, Australia relies on the outside world for trade. We import products that are made better and cheaper elsewhere. To pay for it, we export our own goods and services.[13] One in five Australian jobs depends on international trade, and, according to SMH political editor Peter Hartcher, those jobs pay better than average too.[14]

The last major Communist power on earth plays a pivotal role in the global economy. [15] The sheer size of China’s trade demands has affected world markets in a way never seen before. ‘Made in China’ has become synonymous with a host of mass-produced consumer products exported throughout the world. China provides two-thirds of the world’s photocopiers, shoes, toys and microwave ovens; half its DVD players, digital cameras and textiles; one-third of its DVD-ROM drives and desktop computers; and a quarter of its mobiles, television sets, PDAs and car stereos,” writes Prestowitz.[16]

China’s advantage lies in low end manufacturing where it is able to exploit its huge abundance of human resources, meaning that globally, the price of manufactured goods have fallen considerably.[17] The combination of lower prices and cheaper parts, in such industries as the automotive sector, directly reduces household expenditure and assists some local manufacturing in remaining competitive by reducing unit costs, while hindering others. [18]

Since 1970, 400 million Chinese have moved to cities, with another 200 million expected to do the same in the next two decades.[19] This means China has to rapidly develop and urbanise, and for this they require commodities. Its growth has been extremely resource intensive with:

A typical Chinese apartment need[ing] six tonnes of steel. A kilometre of railway needs about seven and a half thousand tonnes. Each tonne of steel needs more than one and a half tonnes of iron ore and more than half a tonne of coking coal.[20]

This is a problem for a nation poorly endowed in natural resources. For example, China has “only 8% of the world’s cultivated land, and yet must sustain 22% of the world’s population”[21] Over the last 40 years, half of China’s forests have been destroyed, and it has been forced to import 60% of its oil.[22] China depends on the world for the resources needed to fuel its growth and expansion; the rest of the world relies on China to fuel their economic success – including Australia.
China “is the world’s largest buyer of copper, second biggest buyer of alumina. It absorbs around a third of the global supply of coal, fuel and cotton, and half of its cement.”[23] Australia has doubly benefited from the rise of China, with the Chinese purchasing Australian iron ore, coal, alumina, diamonds, lead, zinc, gold, copper and nickel, helping maintain Australia’s prosperity. To put China’s importance to Australia’s economic health into perspective in 2005 “…a ship load of iron ore was worth about the same as about 2,200 flat screen television sets. Today (2010) it is worth about 22,000 flat-screen TV sets – partly due to TV prices falling but more due to the price of iron ore rising by a factor of six.”[24]

Due to China’s lack of natural resources, its growth has ensured that the global prices of commodities have risen dramatically, meaning all nations, not just China, are required to pay inflated prices for Australian goods. Its building program led to the trebling of the price of sludge on Australian beaches used for pigments in paint in 2010,[25] and at one point in 2007 a “quarter of the world’s biggest bulk freighters were moored off NSW, waiting to take coal and ore to the PRC.”[26] China’s demand for Australian resources has also contributed to a reduction of overall levels of unemployment, even as the domestic focus on meeting China’s energy needs causes distortions in the local economy—especially the manufacturing and housing sectors. As trade with China becomes more central to the Australian economy, Australian financial markets “follow signals from China rather than in the US, while the correlation between the value of equities in Shanghai and Sydney has strengthened every year since 2004”.[27]

China has long held a special place in Australia’s imagination. It has been the home of the orange peril and Mao’s blue ants.[28] Simultaneously, it has also been a Shangri La and money making

Eldorado.[29] But there is no denying that it is due to free trade with nations like China that Australia has managed to maintain an economy that is the envy of the world.[30]

In the last few years the Australian Government has flirted with racially motivated protectionism, tightening the rules on overseas investment, notably in agriculture,[31] and has outright blocked sales to Chinese companies.[32] Returning to the xenophobic protectionism of the past is narrow minded and self-destructive, and would cause the destruction of policies that have made Australia a country with one of the world’s strongest economies and highest standards of living.

Stephen Fitzgerald, Australia’s first ambassador to China wrote to his Department of Foreign Affairs superiors in 1976 that if Chinese trade with Australia expanded in the last quarter of the 20th century, by 2000, China would have a dominant role in Australia’s economy. In tune with the protectionist policies at the time, his letter was received with scepticism. “A measure of wishful thinking here” was pencilled in the margin.[33] Long may wishful thinking reign.

[2] In America, Donald Trump was elected on a protectionist platform. Similarly, in England, citizens voted to leave the EU trading block, while in Australia, political parties such as One Nation are becoming an electoral force.

[6] Australia exports more than half of its agricultural produce, while “more than 90 per cent of fresh fruit and vegetables, meat, milk and eggs sold in supermarkets are domestically produced.” See Department of Agriculture, (2016), Food, Commonwealth of Australia, http://www.agriculture.gov.au/ag-farm-food/food (accessed 24 Sept. 2017)

[28] ‘Orange Peril’ refers to a combination of the traditional Australian fear of the yellow hordes and the general Cold War fear of the Communist red menace. ‘Blue ants’ was a racist term aimed at the Chinese, using the fact that, due to an underdeveloped textile industry, most Chinese dressed the same, and implied they looked the same and had a ‘hive mind’. It was coined by the French journalist Robert Guillain. See Guillain, Robert, (1957), The Blue Ants: 600 million Chinese under the Red Flag, Secker & Warburg, London; Kendall, Timothy, (2005), Ways of Seeing China, From Yellow Peril to ShangriLa, Curtin University Books, Fremantle, p17

[29] Shangri-La refers to an Orientalised ‘land of opportunity’ and an exotic concept of utopia. See Strahan, Lachlan, (1996), Australia’s China: Changing perceptions from the 1930s to the 1990s, Cambridge University Press, Cambridge, p298; and Lopez Jnr, Donald S., (1998), Prisoners of Shangri-La: Tibetan Buddhism and the West, University of Chicago Press, Chicago

[30] Its record of consecutive quarters of growth means that Australia was one of the few nations to go through the Global Financial Crisis without going into recession.