There is no doubt that Australia is entering a new era of heightened national security concerns. The Black Summer bushfire season highlighted inadequacies in climate-security thinking and disaster response policy in Australia. Although lessons were learned by the Coalition government, demonstrated in its relatively effective response to containing the spread of COVID-19, the widespread impacts of the pandemic were virtually impossible to predict. In addition, threat levels in foreign interference and espionage are reportedly higher than they were at the height of the Cold War. Furthermore, Australian defence spending rose last year by $270 billion, in response to a world described by Australian Prime Minister Scott Morrison that is “poorer, more dangerous and more disorderly.” Authentic, empathetic, and uniting leadership during such crisis situations, such as that displayed by NSW Rural Fire Service Commissioner Shane Fitzsimmons during last year’s bushfires, is essential.

In this context, crisis response management and training is more important than ever before. Placing individuals and organisations into intense and realistic crisis scenarios has been shown to develop essential skills like leadership and effective communication, create internal awareness of risk, improve coordination and cooperation between individuals and groups, and validate (or invalidate) existing organisational plans and processes. Such experiences offer the unique opportunity to “sit in the hot seat” – an experience that can otherwise only be gained by managing a real-life crisis.

The use of crisis simulations is prevalent between Australia and its security partners. The Australian government, in partnership with domestic financial institutions, engages in Cyber Operational Resilience Intelligence-led Exercises (CORIE) to assess and improve and assess cyber resilience frameworks. Australia has participated in the Cyber Storm exercises, a series of global critical infrastructure crisis simulations organized by the US Department of Homeland Security. And Australian state governments utilise simulations to better respond to regional emergencies, such as the Black Summer bushfires.

Although the use of crisis simulations is widespread in the professional sphere, the same opportunities to undertake such valuable activities are seldom available to students and youth. The core issue, then, is that it is unavailable to the very group of young people to whom it is most relevant: young people interested in pursuing a career in Australian national security and strategic policy, the future leaders of Australia in this field.

By grounding abstract concepts learned in the classroom to concrete experience, young people are able to gain an understanding of them through both active experimentation and problem solving. They also develop key skills such as public speaking, an increased ability to communicate and work with others, an increased appreciation for others’ viewpoints, and importantly, a heightened realisation about the importance of critical thinking, especially when confronted with unexpected challenges and unfamiliar environments. These are, in turn, skills that are highly sought after by a vast range of employers. A larger number of students undertaking such activities in their tertiary years will result in an overall more equipped and capable workforce.

In the context of the vast and highly unpredictable nature of the national security challenges that Australia will face, equipping young people with the necessary tools to interpret, adapt, and respond to such crises will only become more important in years to come.

The Australian Crisis Simulation Summit (ACSS) seeks to fill this gap. The ACSS recognises the need to train and develop the next generation of Australian national security leaders, and in its inaugural edition last year, gathered 70 aspiring professionals to take part in intense, realistic crisis simulations on three thematic areas relevant to Australian security. 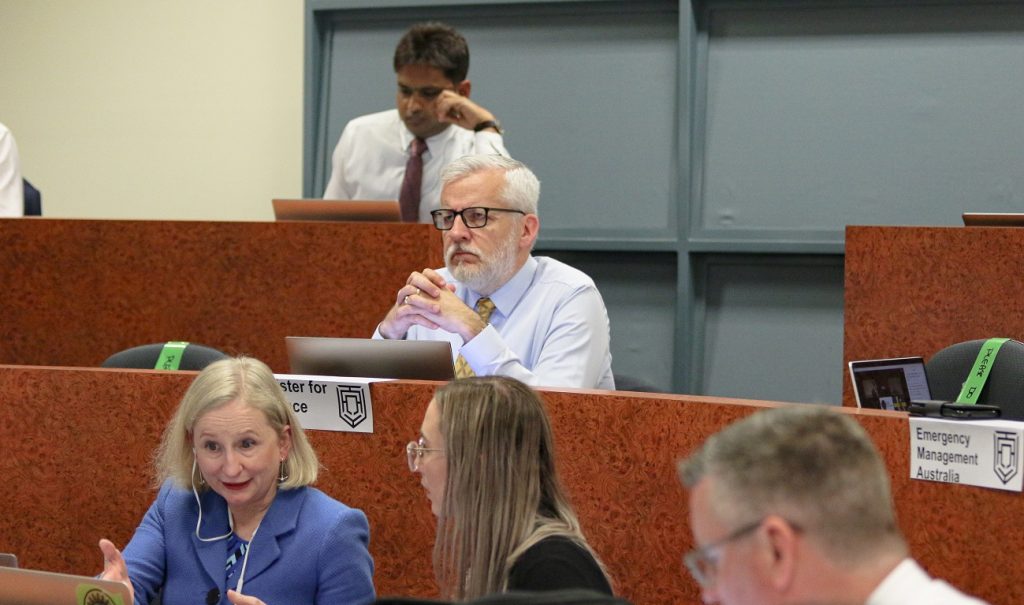 This five-day event, incorporating three intense and realistic crises which aimed to reflect the inevitable security challenges Australia will face in the 21st century, was supported by the Australian National University, the Department of Defence, the Department of Home Affairs, and the Department of Foreign Affairs and Trade, among other stakeholders in the private and public sector. The simulations themselves were written by ANU students and co-designed by leading experts in the broader national security field.

In 2021, the ACSS seeks to expand on its work through the introduction of a new series of relevant and highly dynamic crisis simulations, and the creation of the “Crisis Report” periodical where students will have the opportunity to publish short, blog-style pieces critically analysing national security issues relevant to Australia. Further, it will introduce a public ACSS podcast, which was previously an exclusive for the 2020 delegates, as well as the publication of the 2021 ACSS Journal.

The ACSS, which involves high-level stakeholder engagement in government and the private sector, greatly strengthen Australia’s national security community. They promote visibility of pertinent issues to younger generations, while simultaneously supporting community engagement for relevant stakeholders. For students, well thought out crisis simulations can cover the shortfalls of traditional hierarchical lecture-based learning by inducing real strategic interaction between participants, promoting the development of key decision-making, and critical thinking skills under conditions of stress and uncertainty. Former Chief of the Defence Forces and now ACSS Patron Admiral (Ret.) Chris Barrie AC, stated that the summit provides “students around Australia the chance to experience the dynamics of managing national security issues, by engaging with the highest levels of government.”

Australia needs strong leaders to respond to the inevitable challenges and crises it will face in the 21st century. In this sense, every opportunity must be made available to the young people who will lead and navigate Australia through the challenges it will face as a nation, in a future that is far closer than many may assume. The Australian Crisis Simulation Summit hopes to both strongly contribute and spark change in this crucial area.

Applications for the 2021 Australian Crisis Simulation Summit close on the 13th of April COB. Prospective delegates can apply here.

Alexi Heazle is a Research Officer for the 2021 Australian Crisis Simulation Summit.

Australia in the World this Week

Australia’s Confused Approach to Engagement With the Pacific

Australia’s level of influence in the Pacific has declined as the result of a misguided and confused foreign policy. With Sino-Australian relations worsening day-by-day, Australia needs its Pacific mates more than ever.

On 8 August, Australia announced it will deploy civilian expertise to EU-led crisis missions in countries of common interest under the Framework Partnership Agreement. The challenge is to ensure it is not a paper commitment.