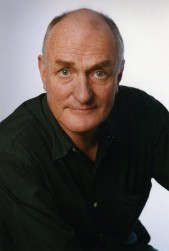 Richard Broinowski was schooled in Melbourne and Adelaide. He obtained his Bachelor of Laws degree at Adelaide University in 1961 and was admitted to the Bar in Adelaide in 1963. He later earned a Masters Degree in Public Administration from the John F. Kennedy School at Harvard (1978).

Richard joined the Department of External Affairs in 1963 and studied Japanese at ANU. He was posted to Tokyo as Third Secretary in 1965, then as First Secretary to Rangoon (1970-71) and Tehran (1972-73), and as Councillor and Deputy Head of Mission to Manila from 1975 to 1977. He was Executive Director of the Japan Secretariat in Canberra from 1979 to 1982.

Richard was appointed as Ambassador to the Socialist Republic of Vietnam from 1983-85, and to the Republic of Korea from 1987-89. He took time off from diplomacy to be General Manager of Radio Australia from in 1990 and 1991, and rejoined DFAT in 1993.  In 1994 he was appointed Ambassador to Mexico, with concurrent accreditation to the Central American Republics and Cuba.

Richard retired from DFAT in 1997, and became an Adjunct Professor in Media and Communications, first at the University of Canberra, then at Sydney University. In this capacity he initiated a scheme to send young media students from several Australian universities to work as journalists in English-language newsrooms, including Bangkok, Manila, Kuala Lumpur, Phnom Penh, New Delhi, Seoul, Tokyo and Beijing. Financed initially by the Myer Foundation, then DFAT, over 130 media students have worked in a total of 14 Asian newsrooms since the year 2000.

Richard is a frequent commentator on public affairs on radio and television. He is also the author of four books – A Witness to History, the life and times of Robert Broinowski (MUP 2001), Fact or Fission (Scribe 2003), Driven – a diplomatic auto-biography (ABC Books/HarperCollins, 2009) and Fallout from Fukushima (Scribe, 2012). He has been Convenor of the Harvard Monday Club in Sydney, and for two years prior to his current position, Vice President of AIIA NSW.