National President of the Australian Institute of International Affairs 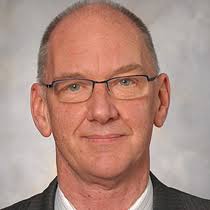 Allan Gyngell AO was appointed the National President of the Australian Institute of International Affairs (AIIA) in September 2017, having previously been named a Fellow of the AIIA in 2010.

He is an honorary professor with the Australian National University’s College of Asia and the Pacific and a director of China Matters.

Mr Gyngell has had an extensive career in Australian international affairs. He was the Director-General of the Australian Office of National Assessments (ONA) from 2009 to 2013. Prior to leading the ONA, he was the founding Executive Director of the Lowy Institute for International Policy from 2003 to 2009. Additionally, he has worked at the Department of Foreign Affairs and Trade and the Department of the Prime Minister and Cabinet, serving as an Australian diplomat in Rangoon, Singapore and Washington. He was Senior Advisor (International) to Prime Minister Paul Keating between 1993 and 1996.

Allan can be contacted at president@internationalaffairs.org.au